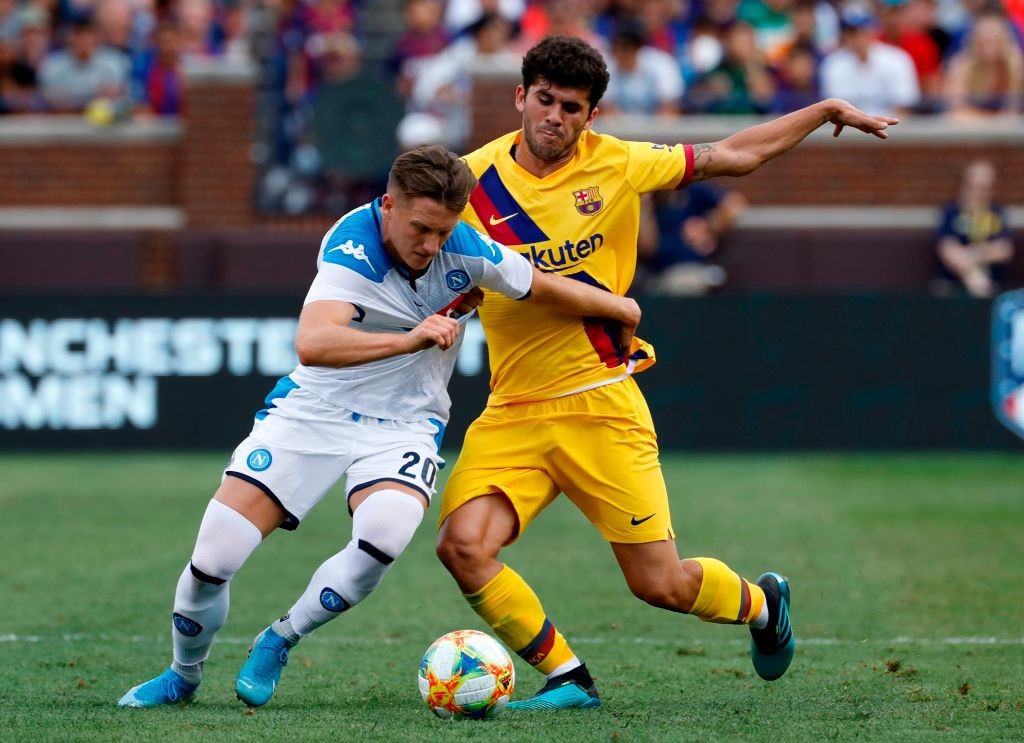 AC Milan are ready to battle Premier League side Tottenham Hotspur for the signing of Barcelona midfielder Carles Alena, a report claims.

The Rossoneri are more than likely going to do business in January after an awful start to the season in which they have lost six of their first 11 games for the first time since 1942.

Midfield could be an area they target, as the Daily Mail – who cite La Gazzetta dello Sport – recently stated that Milan have their eye on three targets in particular: Croatian duo Luka Modric and Ivan Rakitic, plus Arturo Vidal.

According to Mundo Deportivo though – as cited by Calciomercato.com – Paolo Maldini and Zvonomir Boban are considering another Barca midfielder in Carles Alena.

The 21-year-old came through the youth system at the Catalan giants but has struggled for game time this season, making just one appearance in LaLiga, and Barcelona are ready to loan him out as a result.

Calciomercato.it recently ran a report stating that Alena would cost around €30m for an outright purchase.