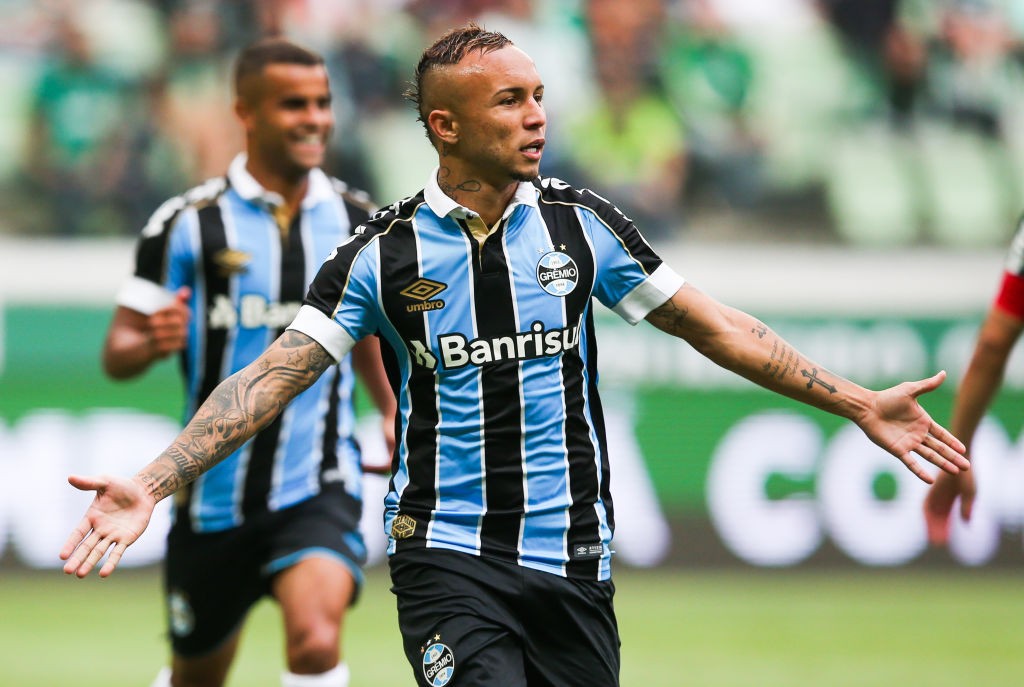 AC Milan sent a scout to watch Gremio sensation Everton Soares in action over the weekend, according to reports from Brazil.

The Rossoneri were heavily linked with a move for Everton over the summer, with the reliable Gianluca Di Marzio even stating that (cited by MilanNews.it) Milan were looking at him as a potential alternative to Atletico Madrid’s Angel Correa.

According to the latest from Globoesporte – as cited by MilanNews.it – Milan had a scout present at the Arena do Gremio to watch Everton in action against San Paolo, with the home side winning 3-0.

The 23-year-old has continued his impressive development in his home country, scoring 15 goals and adding seven assists in 40 appearances in all competitions so far this season.

Among the other teams present were Monaco, Everton and Roma – and the Premier League side have been tipped to make a £30m (€35m) bid by Goal (via HITC).