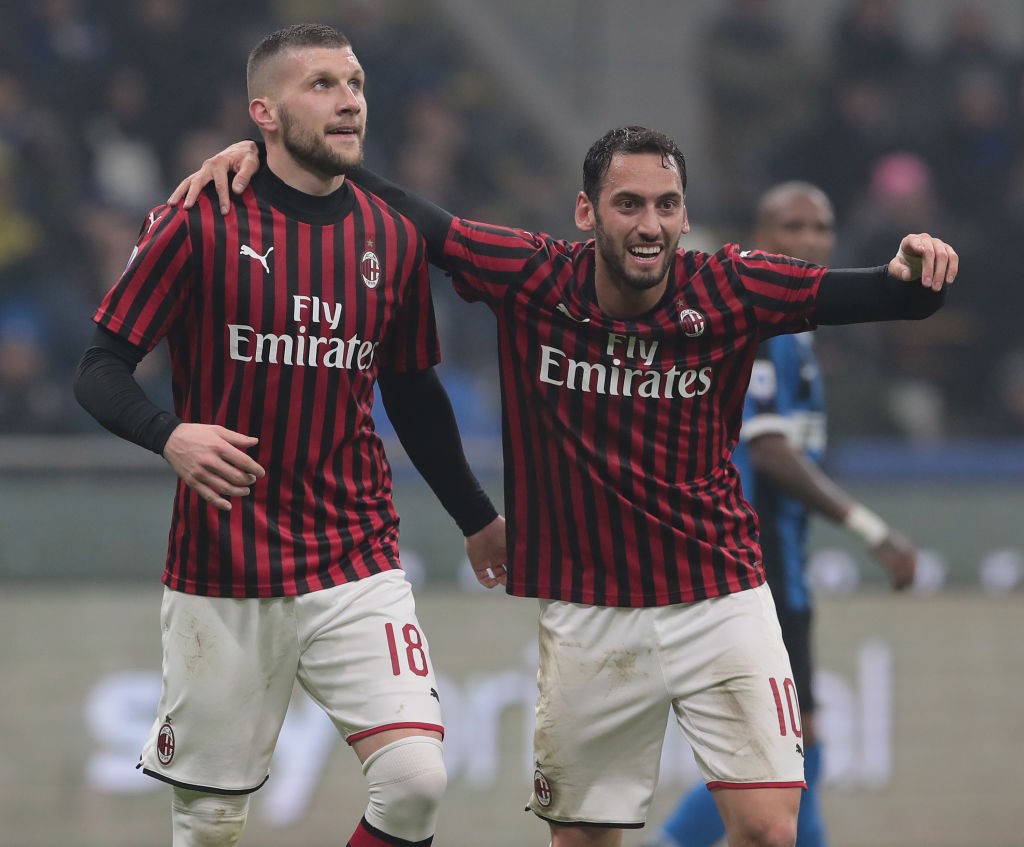 The Turkey international was fielded in a slightly unfamiliar position for the Derby della Madonnina at San Siro as he was deployed in behind striker Zlatan Ibrahimovic in a 4-4-1-1 system.

As was the case with most of the team, Calhanoglu played his best football during the first half, even hitting the post with a fierce effort from 25 yards.

According to a report from Turkish Football, Arsenal sent a scout to watch the former Bayer Leverkusen man in action against the Nerazzurri, having been strongly linked with a move for him in January.

Calciomercato.com reported last month that his departure is a possibility with a €20m asking price set, while SportMediaset stated that his agent Bektas Demirtas is working to find a new team for his client and even offered Calhanoglu’s services to Arsenal.

Mikel Arteta is apparently keen on finding a ball-playing midfielder and Calhanoglu – who has registered 17 goals and 24 assists in 117 appearances for Milan – fits that bill.