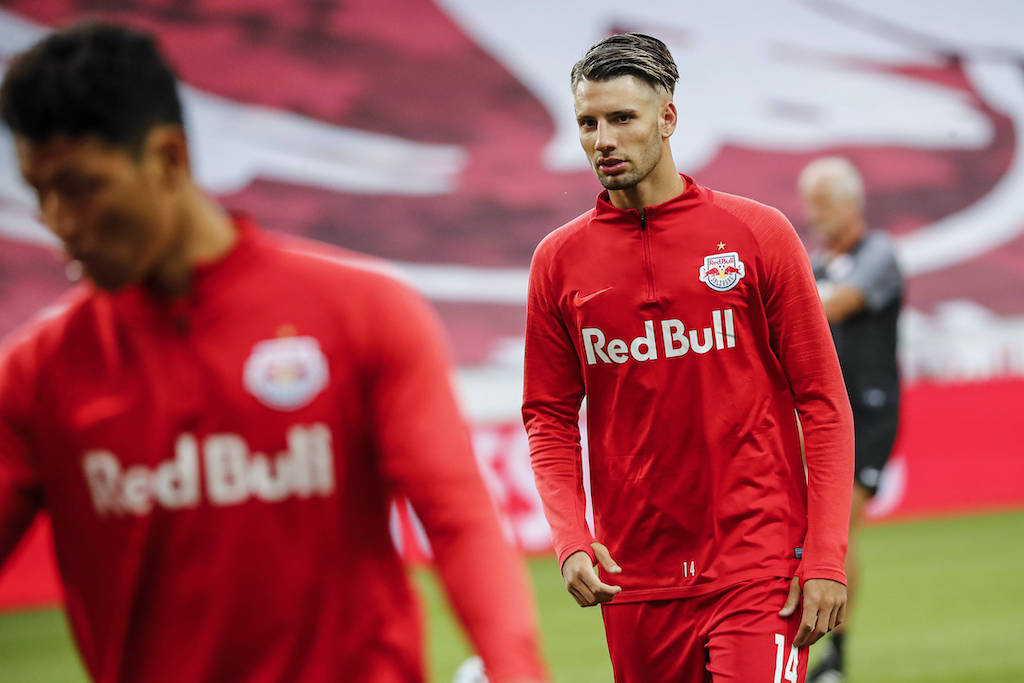 Arsenal are ready to make a move for AC Milan target Dominik Szoboszlai in the summer transfer window, a report claims.

The 19-year-old has been the subject of a transfer tug-of-war recent weeks, with Calciomercato.com reporting earlier today Milan are still in pole position to land him despite the pressing of Napoli.

Salzburg sporting director Cristoph Freund spoke to Sky after their game on Wednesday night and confirmed that no deal is in place with any club regarding the teenager.

According to what is being reported by The Times, Arsenal boss Mikel Arteta wants to sell midfield duo Matteo Guendouzi and Lucas Torreira to fund moves for Thomas Partey and Szoboszlai, who will replace them.

The Atletico Madrid man has a release clause of €50m as per multiple outlets, which Szoboszlai’s sits at €25m and can be paid in three instalment.

The Gunners could still feasibly finish in the bottom half of the Premier League table this summer and Arteta will have to ‘generate his own transfer budget by selling players’.