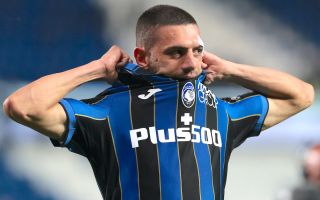 Report: Atalanta could be without three key defenders for visit of Milan

Atalanta could be without a few key players when they host AC Milan at the Gewiss Arena on Sunday, according to a report.

Bergamo e Sport (via MilanLive) explains that Robin Gosens – who will miss over a month through injury – may not be the only one absent from this weekend’s game as two more defenders are not in the best physical condition. The source claims that Rafael Toloi and Merih Demiral only did part of the training today, the former struggling with adductor pain and the latter a flexor issue.

Gasperini will have to evaluate if either are fit during tomorrow’s final training session, while José Palomino will be available for the game, and Matteo Lovato could get a start at centre-back for La Dea.

Milan will be without Alessandro Florenzi after knee surgery, Zlatan Ibrahimovic, Tiemoue Bakayoko and Rade Krunic.

READ MORE: Saelemaekers insists ‘the real Milan’ were on display against Atletico and disputes penalty call