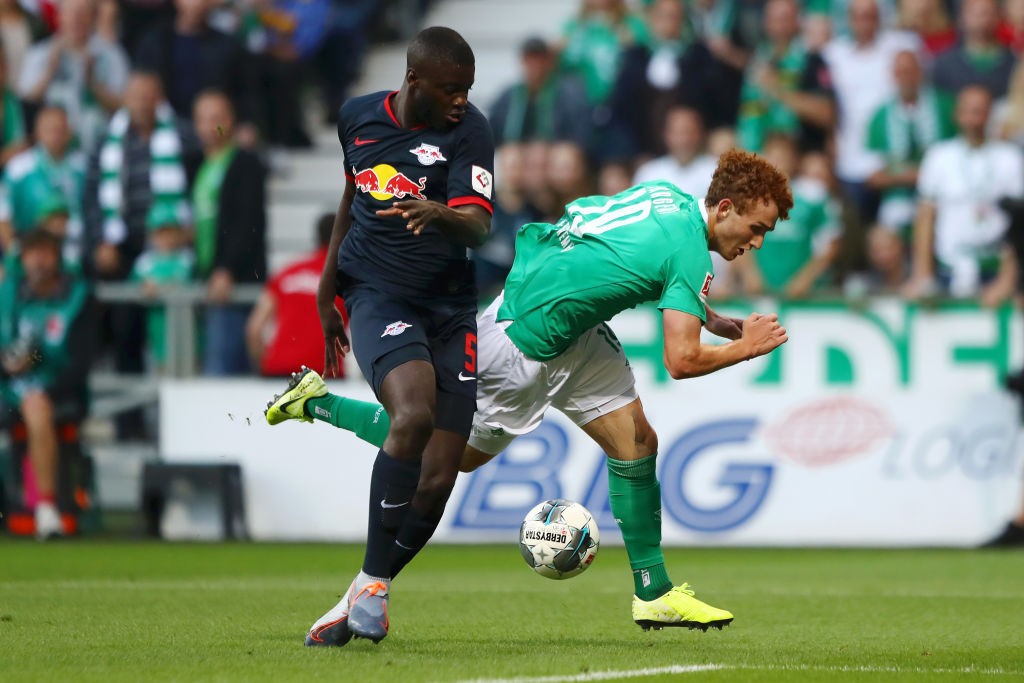 A number of Europe’s elite clubs are interested in signing RB Leipzig defender Dayot Upamecano, a report claims, amid links with a move to AC Milan.

The Rossoneri have long been linked with a move for Upamecano as the rumours first started over two years ago, and the speculation has not stopped since

Gianluca Di Marzio stated towards the end of the summer transfer window that Milan are still interested in the idea of signing the 20-year-old.

A recent report from Calciomercato.com seemed to suggest that Milan’s main competition is from Premier League side Arsenal, who are ‘ready to go all-in’ to secure their man.

According to a report from Spanish outlet Don Balon, Barcelona are eyeing a move for Upamecano as a replacement for Samuel Umtiti.

Leipzig have reportedly informed potential suitors that the asking price for the France U21 international is €60million, and a number of clubs are following his progress.

The report adds that Arsenal, Manchester City, Liverpool, Manchester United, Borussia Dortmund and Paris Saint-Germain have already taken an interest in him, while Barca have followed him since his days at Red Bull Salzburg.

Don Balon go on to state that Upamecano wants to leave the Bundesliga side where he is not currently a guaranteed starter, which in the opinion of many in unfair and unjust.