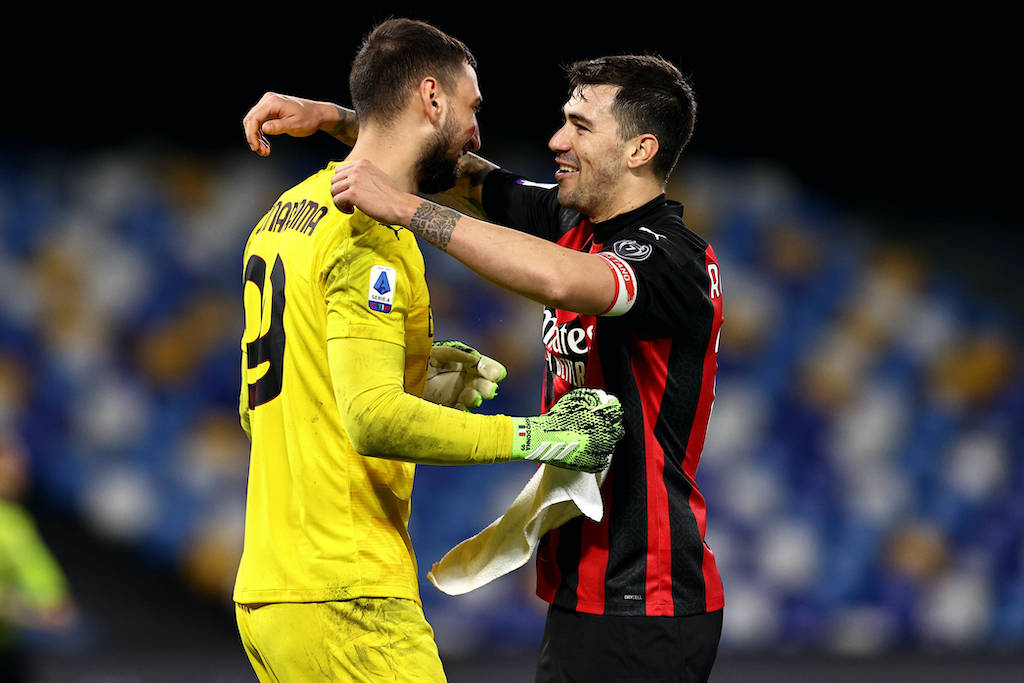 Chelsea have asked agent Mino Raiola to keep them updated on the situation regarding two AC Milan stars, according to a report.

Gianluigi Donnarumma has over 210 senior appearances for Milan and has become the first name on the team sheet since his breakthrough almost half a decade ago, while Alessio Romagnoli is the club’s captain, but both are on contracts which are set to expire in the next 19 months.

According to 90min, Chelsea have asked Raiola – the agent of both players – to inform them of any developments regarding the duo, with Donnarumma’s deal due to run out in June 2021 and Romagnoli’s a year later.

Milan are desperate to reach an agreement over a new deal with Donnarumma and the 21-year-old recently made it clear that he wants to stay: “My agent will talk to the club, there’s no problem. I want to stay at Milan for a long time, but we’ll see what the club decides. I want to relish this moment as long as I can.”

The report adds how the Blues are not his only suitors as Paris Saint-Germain and Juventus are also both keen on Donnarumma. Raiola is currently in talks with Milan, who are struggling to meet his wage demands.

During those enquiries, Chelsea apparently also asked to be kept updated on Romagnoli as Frank Lampard is “intrigued by the idea of landing Romagnoli for a cut-price deal”. As it stands though, there is nothing more concrete.

As per the latest round of Transfermarkt market value updates, the combined worth of Donnarumma and Romagnoli is €96m.