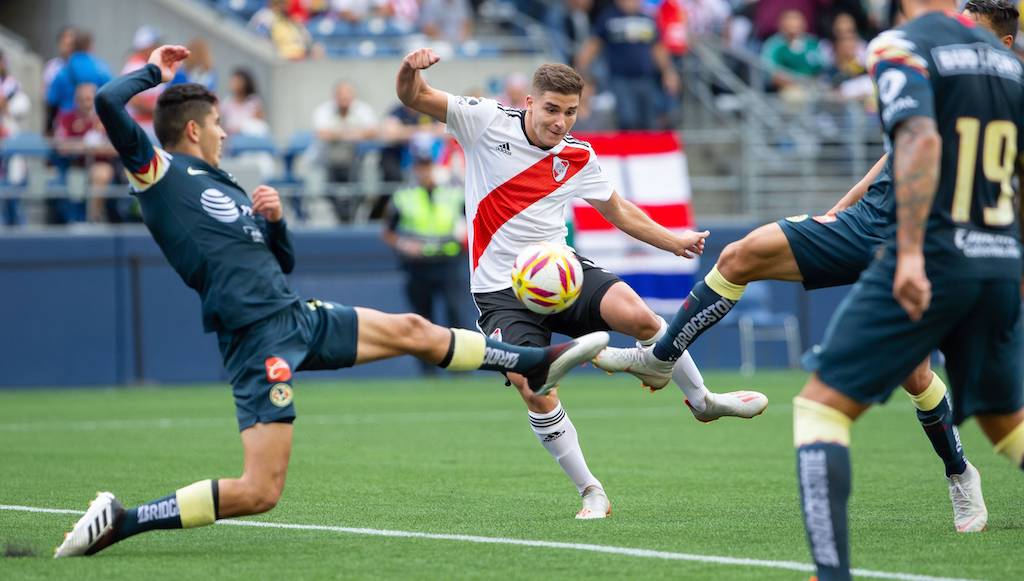 AC Milan are ready to battle Juventus for the signing of River Plate forward Julian Alvarez, according to the latest reports from Argentina.

The 20-year-old predominantly plays as a striker and is highly rated in Argentine football, having only made 25 appearances for the senior side – mostly off the bench – but having amassed a combined seven goals and assists.

According to the latest from Todofichajes.com (via MilanLive), Alvarez is Milan’s latest idea to reinforce the attack as he is a profile in line with the strategy of Elliott Management.

His contract expires in 30 June 2021 and the Rossoneri are keen on making a play for his signature, but Juventus are set to provide competition.

Both clubs have had contacts with both the agent and River Plate to understand the feasibility of the operation. The Old Lady could also use Gonzalo Higuain in the deal, in addition to forging a partnership with Sassuolo to be able to bring him to Italy.