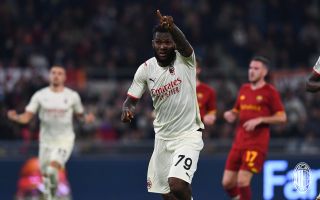 If Antonio Conte joins Spurs as their new head coach then they are expected to go back in for Franck Kessie, a journalist has claimed.

There are now widespread reports suggesting that Conte is Tottenham bound after they sacked Nuno Espirito Santo this morning, and it is natural that he would want to put his mark on the squad by bringing in some new signings that fit his system and style.

Nicolo Schira reports on Twitter that Spurs are back in the frame as a potential suitor for Kessie providing Conte does end up as their new boss. The Ivorian’s contract expires at the end of the season and there is nothing to suggest that a renewal is imminent.

Back in August their director Fabio Paratici met the agent of the midfielder – George Atangana – putting on the table a five-year deal worth €8m net per season, therefore a total of €40m. Meanwhile, Schira adds that Conte already wanted Kessie at Inter two years ago.