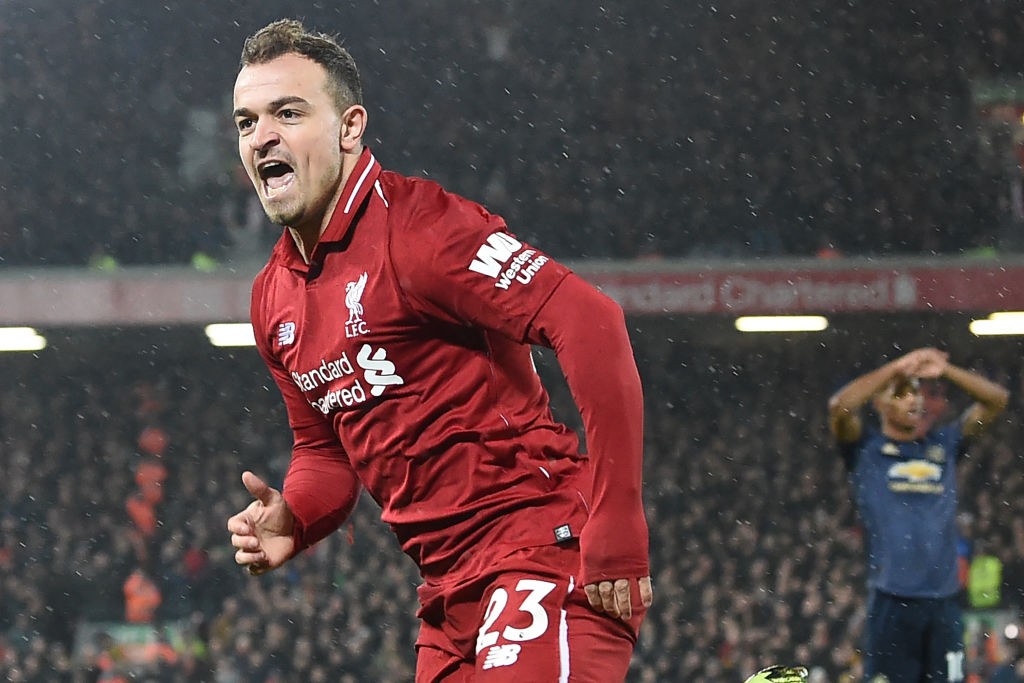 Xherdan Shaqiri will not be allowed to leave Liverpool this month, a report claims, despite speculation stating he has been offered to AC Milan.

Calciomercato.it reported earlier in the week that Milan have been offered the chance to sign the Swiss international in January, who has made just ten appearances in all competitions under Jurgen Klopp this season.

The outlet also added that Roma are still keen on signing the 28-year-old, the report claims, as they were looking to sign a right-sided player even before the ACL injury sustained by Nicolo Zaniolo.

However, according to the Daily Mirror, no Liverpool player will be allowed to leave in the current window as Klopp ‘wants to keep his multiple trophy-winning squad together’ to see them over the line and win a first Premier League title in 30 years.

That includes Shaqiri who – despite his bit-part role this season – has made 40 appearances for the Reds since his arrival from Stoke in summer 2018.

The report adds that Klopp is relying on squad depth, and the German has insisted ‘everyone will have a big part to play between now and the end of the season’ with three competitions still to juggle.