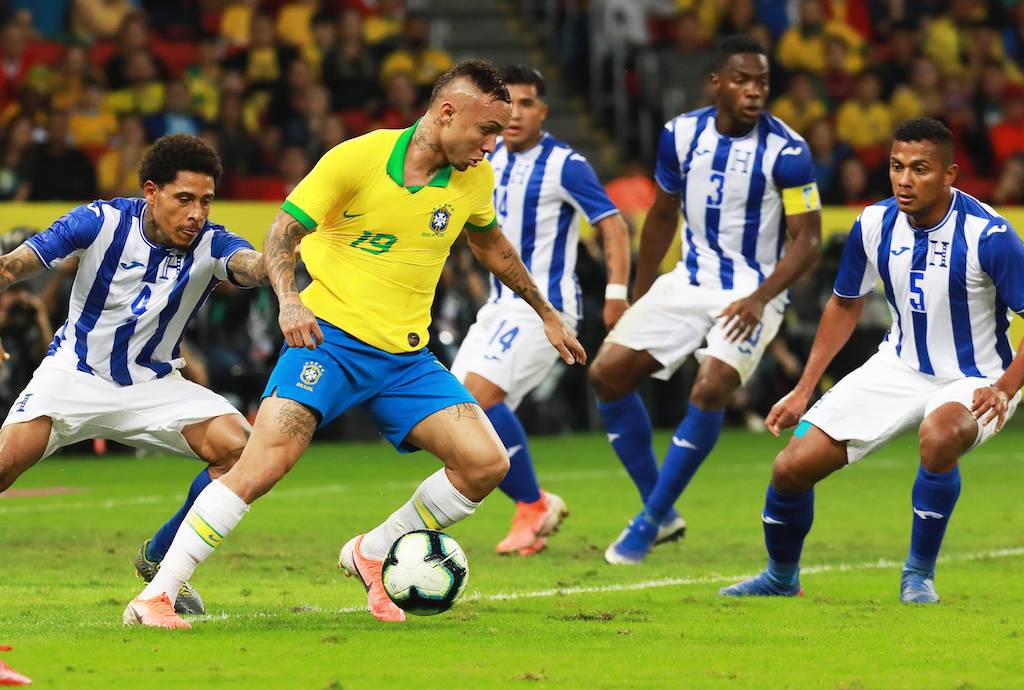 Premier League side Everton are ready to make an offer for Gremio star Everton Soares, a report claims, amid links with a move to Milan.

The Rossoneri were heavily linked with a move for Everton over the summer and even during the recent January window, with a number of different outlets claiming that Milan were looking at him as a potential alternative to Atletico Madrid’s Angel Correa, but in the end it was Ante Rebic who arrived on loan.

Earlier this month an intermediary admitted that there were talks held regarding a move to Milan in the past, and last month La Stampa ran a report claiming that the Diavolo’s interest in the 24-year-old is far from over.

However, Everton are ready to make an offer of around £31million (€35m) to try and bring their namesake to Goodison Park, according to Pianeta Milan.

Soares has amassed an impressive 47 goals and 17 assists from 179 competitive appearances from Gremio, and the Italian outlet claim that Ancelotti is working hard to beat his former club to the signing of the wide man.