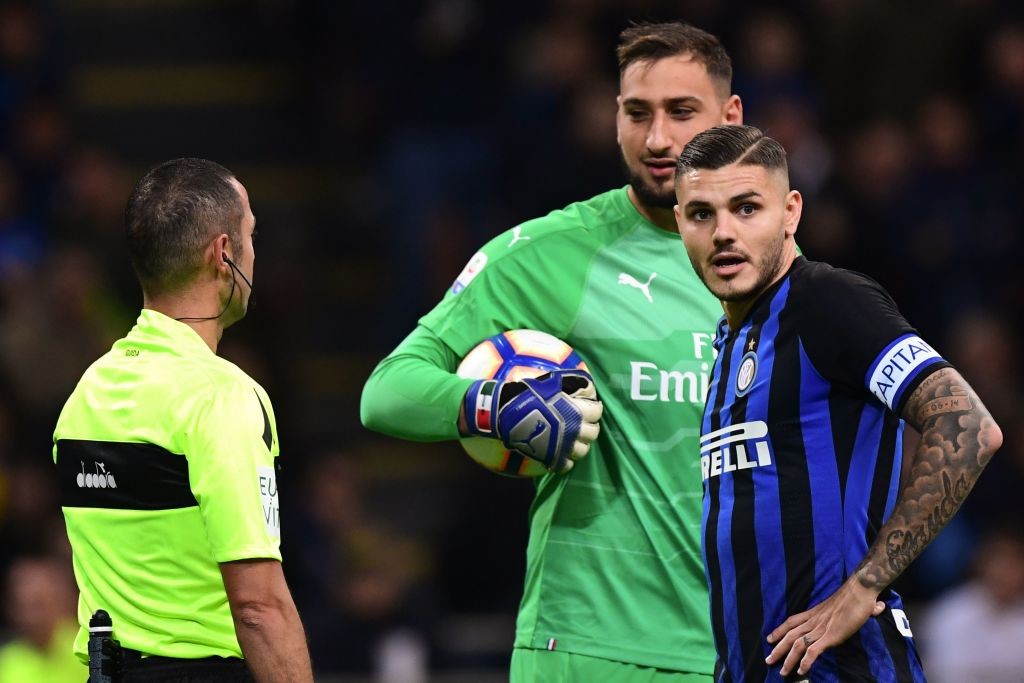 Report: Hypothesis of sensational Donnarumma-Icardi swap cannot be ruled out

Eight years after the exchange between Antonio Cassano and Giampaolo Pazzini, another swap deal between Milan and rivals Inter could be brewing.

According to what is being reported by interlive.it, the next four to five months could be crucial for the future of Gianluigi Donnarumma. With his contract expiring in June 2021, it is currently difficult to see how the Rossoneri would be able to sit down with Mino Raiola and offer the pay rise he would want for his client.

This appears to be the common opinion of the Italian press too, and while Raiola ‘continues to flirt’ with the idea of taking Donnarumma to Juventus, an eye must be kept on Inter as Marotta and Ausilio are looking for a worthy heir to Samir Handanovic.

The report suggests that the Nerazzurri could try and convince their rivals to part with Donnarumma because they own a player who ‘has long been tickling the imagination of the Rossoneri leadership’ in Mauro Icardi.

It would be a shock exchange, achievable only if the Argentine decided to end his adventure at Paris Saint-Germain early and the option to buy at around €70m was not activated.

Icardo could be enticed by the idea of ​​a return to Milano where his family has remained, but this time on the red side.