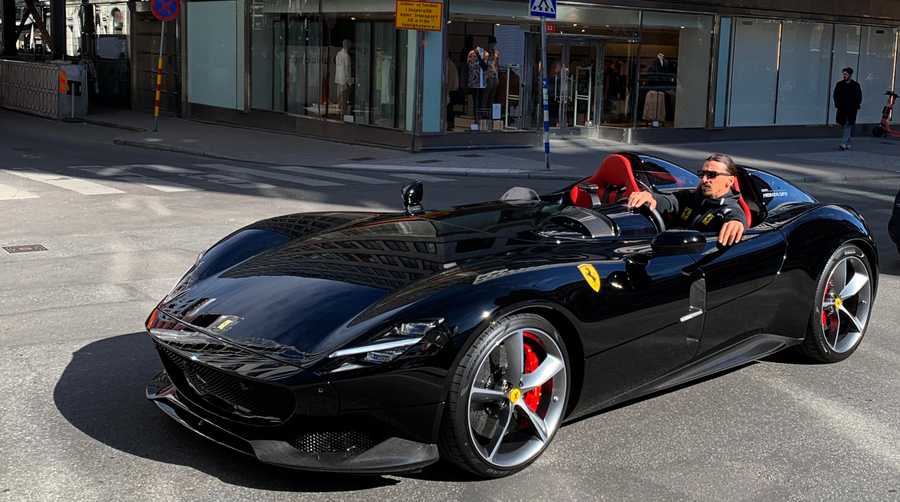 Zlatan Ibrahimovic certainly raised attention when driving his expensive Ferrari in Sweden last weekend. However, there is just one problem for the AC Milan striker: he drove it illegally.

On Saturday, the 38-year-old took his Ferrari Monza SP2 for a spin in Stockholm (see photo). The Italian company only made 499 cars of the model, making it a very exclusive vehicle that isn’t easy to get by even for rich people.

According to the Swedish newspaper Sportbladet, the price tag hasn’t been officially confirmed but it’s believed to be around €2m. As mentioned, though, Ibrahimovic’s ride around the city turned out to be illegal, although just because of a minor issue.

The car’s registration at the Swedish Transport Agency expired on March 30, which was confirmed by the Agency’s public relations officer to the newspaper. Therefore, the striker could face a fine of €110-190, which of course isn’t a lot for him.