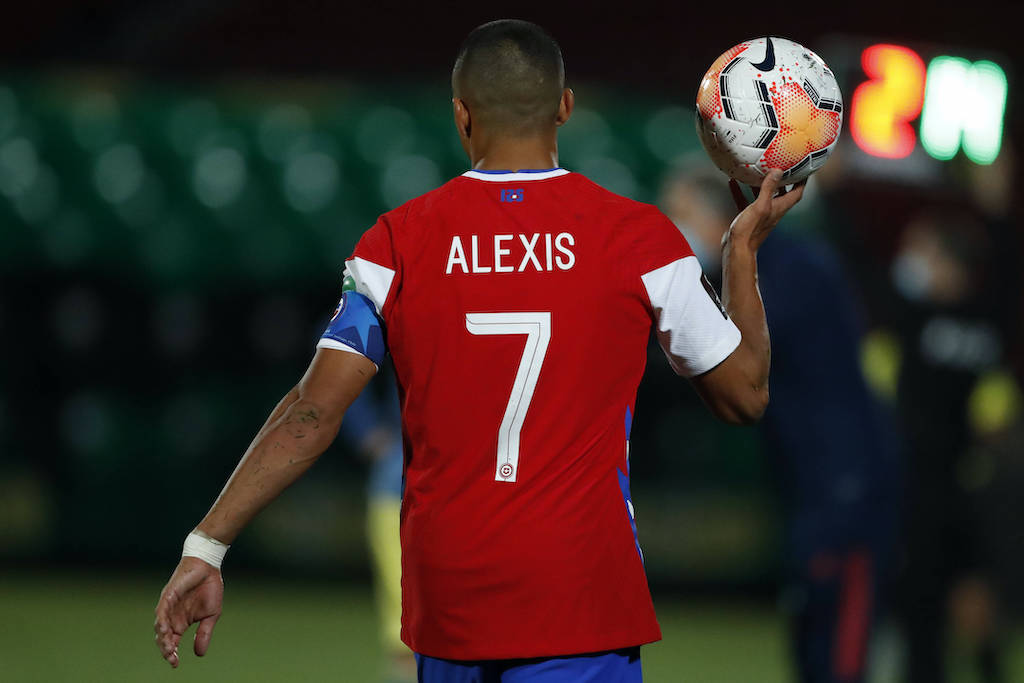 Report: Inter plunged into crisis ahead of the derby as Alexis Sanchez sustains muscle issue

Inter’s selections problems ahead of Saturday’s derby against AC Milan have just got even more drastic as a report claims Alexis Sanchez will miss the game.

Conte will be without a number of players in midfield and defender as Radja Nainggolan, Milan Skriniar, Roberto Gagliardini, Alessandro Bastoni, Andrei Radu and Ashley Young have tested positive for Coronavirus.

Meanwhile, il Corriere dello Sport on Thursday (via passioneinter) reported that Lautaro Martinez will have his condition evaluated by Inter’s medical staff ahead of the game against the Rossoneri having played 3,000 metres above sea level in Bolivia, but it was assumed Alexis Sanchez could take his place if needed.

Now, it seems like even that might not be an option. According to Chilean outlet Adnradio (via MilanNews), Sanchez suffered a muscle injury during Chile-Colombia, with a statement from Inter on the condition of the player expected shortly.

The former Manchester United man should miss the game against Milan and the Nerazzurri’s Champions League opener.