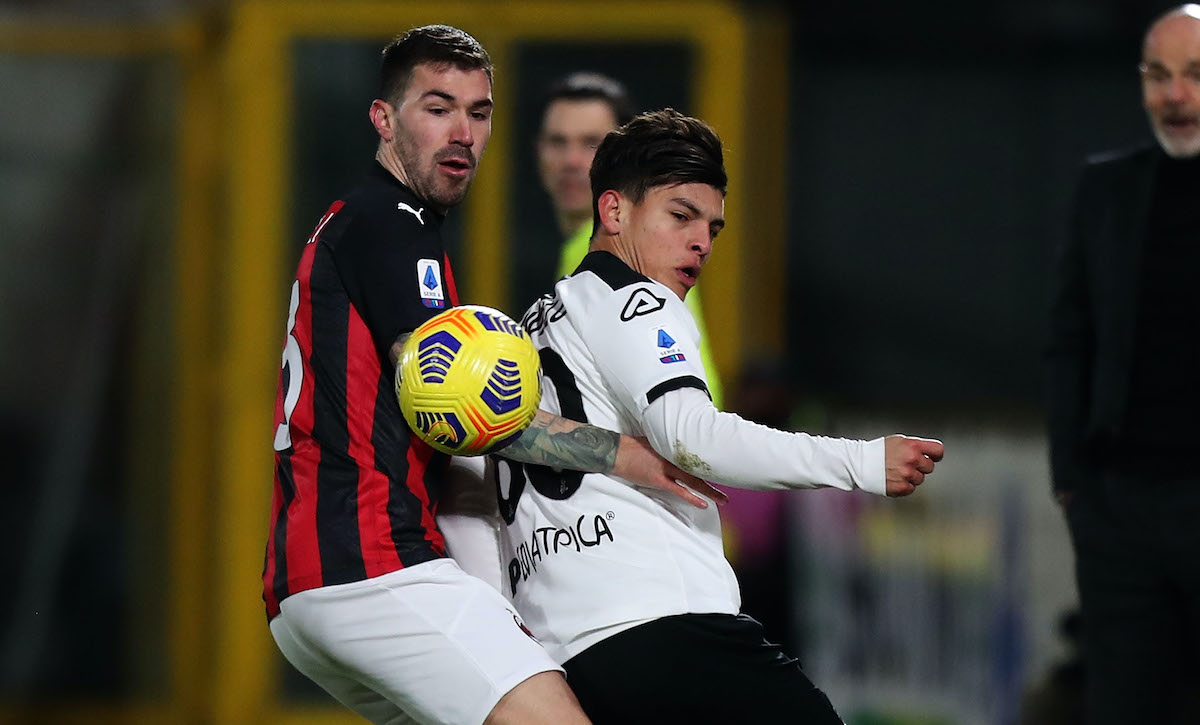 There are two options for Alessio Romagnoli if AC Milan do not get anywhere with the renewal of his contract, according to one journalist.

Romagnoli has struggled in recent months and as a result, he was benched in the important game against Roma last month. His replacement in that game, Fikayo Tomori, performed really well and has held a starting spot pretty much ever since, with Romagnoli also having a muscle issue.

With Romagnoli’s contract expiring in June 2022, the club are reaching a crossroads whereby they must agree a renewal or decide to sell this summer so that they can still try and monetise from his exit.

Journalist Alessandro Jacobone spoke during an interview with MilanLive about a number of different topics concerning the current team, including which striker the club should sign and objectives for the summer window.

He also spoke about the situation surrounding Romagnoli, including his possible renewal and two clubs who might be interested in making a move an exit were on the cards.

“I believe that Romagnoli is not a phenomenon but he is not that player as many paint him when he does not give the best performances,” he said.

“It is clear that if we talk about a renewal, everything has a price. If the requests are really those 5-6 million wages, it is clear that at this moment I would not invest that money for Alessio. But it’s not a factor related to him, I just believe that clubs should only spend a lot if it’s worth it.

“I expect something more from whoever holds the captain’s armband on his arm. Atletico Madrid have been following him for at least three seasons, but there is also the Juventus option, with Chiellini and Bonucci close to retiring. Some Bianconero players could also re-enter Milan’s orbit and thus create an exchange that includes Alessio Romagnoli. Raiola has good contacts with Juve.”