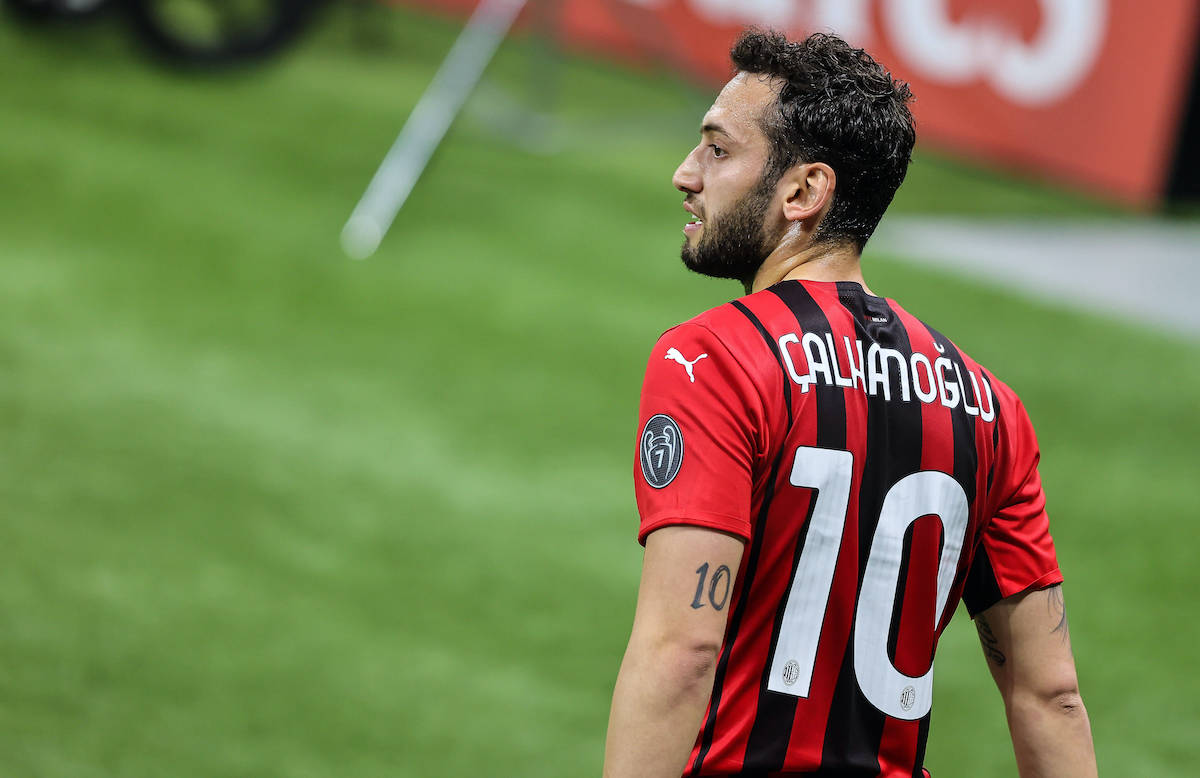 Hakan Calhanoglu’s future has been speculated a lot about in the past six months, mostly with Juventus as a destination. But a new report says he might be heading to England.

Hakan Calhanoglu registered four goals and ten assists as Milan secured Champions League football for the first time since 2014, as they finished in second place after a 2-0 win against Atalanta on the final game day.

If Calhanoglu will play Champions League football with Milan next season, though, is unclear. The Turkish international’s contract with the Rossoneri expires on June 30th and he’s thereafter free to sign with whichever club he pleases.

Mostly, it’s been rumoured that a move to Juventus was the most realistic option. But according to a report by Calciomercato’s Daniele Longo on Thursday night, another destination could be on the cards as the rotation in the Bianconeri organization has changed the picture.

Longo says that the exits of sporting director Fabio Paratici, as well as manager Andrea Pirlo, at the same time as Massimiliano Allegri looks set to rejoin the club has changed the picture for a move to Juventus for Calhanoglu.

As for the contract offer from Al Duhail, which would almost double Calhanoglu’s wages, he looks set to turn that offer down, says Longo, and finishes the report by saying that Calhanoglu’s future looks further and further away from Milan.