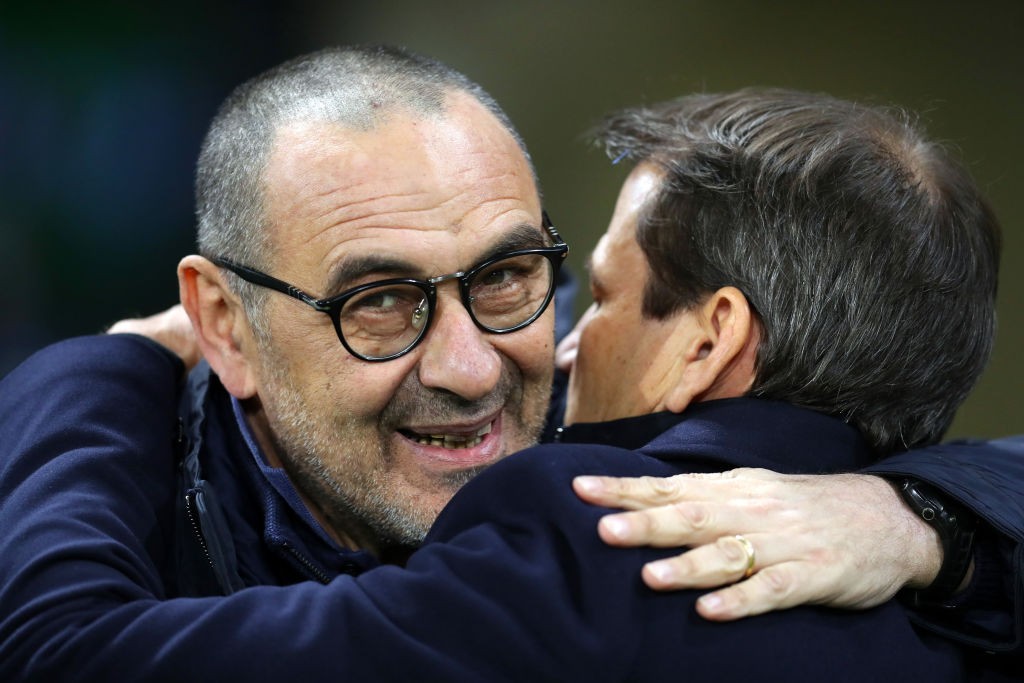 Report: Maldini and Boban could try to hire Sarri – Guardiola and Juventus the key

AC Milan could make a move to try and appoint Maurizio Sarri as their next head coach should Juventus decide to part ways with him, a report claims.

Speculation is rife that Stefano Pioli will leave his role as head coach of the Rossoneri unless he achieves an unlikely top four finish or wins the Coppa Italia, so attention has now turned to his potential successor.

Meanwhile, the general consensus is that – despite being top of the league – Juventus are struggling under Maurizio Sarri, who they hired this summer after the Italian left Chelsea.

His play has been described as slow and predictable, and Calciomercato.it claim that the list of possible successors is ready to be used. The Bianconeri’s dream is to convince Pep Guardiola to leave Manchester City and try his hand in Serie A, but it remains complicated and the latest declarations by the Spaniard suggest they will have to wait another year at least.

Last summer, Sarri’s name was linked with both Roma and Milan, and if there are no particular problems with Paulo Fonseca, it could well be that Milan represent an opportunity for the 61-year-old to instantly get back into coaching.

If Maldini and Boban are still at the helm of Milan, the Sarri idea could really take hold, the report concludes.