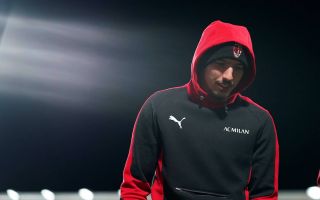 AC Milan midfielder Ismael Bennacer is attracting the interest of some top European clubs ahead of the summer transfer window, a report claims.

Milan signed Bennacer from Empoli in the summer of 2019 as part of a transfer campaign that saw the management sign young players like Theo Hernandez and Rafael Leao to breathe fresh life into the squad. He has formed part of a very effective double pivot alongside Ivorian Franck Kessie.

As Calciomercato.com and many other sources have reported, the Rossoneri consider Bennacer a fundamental piece of their project, but if a foreign club arrives next summer with €50million they can sign him as he has a release clause.

Now, Competition in Algeria are reporting that Paris Saint-Germain are currently leading the race for the 23-year-old but Manchester City and Real Madrid have been ‘following the footsteps’ of the Algerian.

PSG would be willing to offer up Leandro Paredes and money to try and get him for below the €50m outlay required in a single instalment.