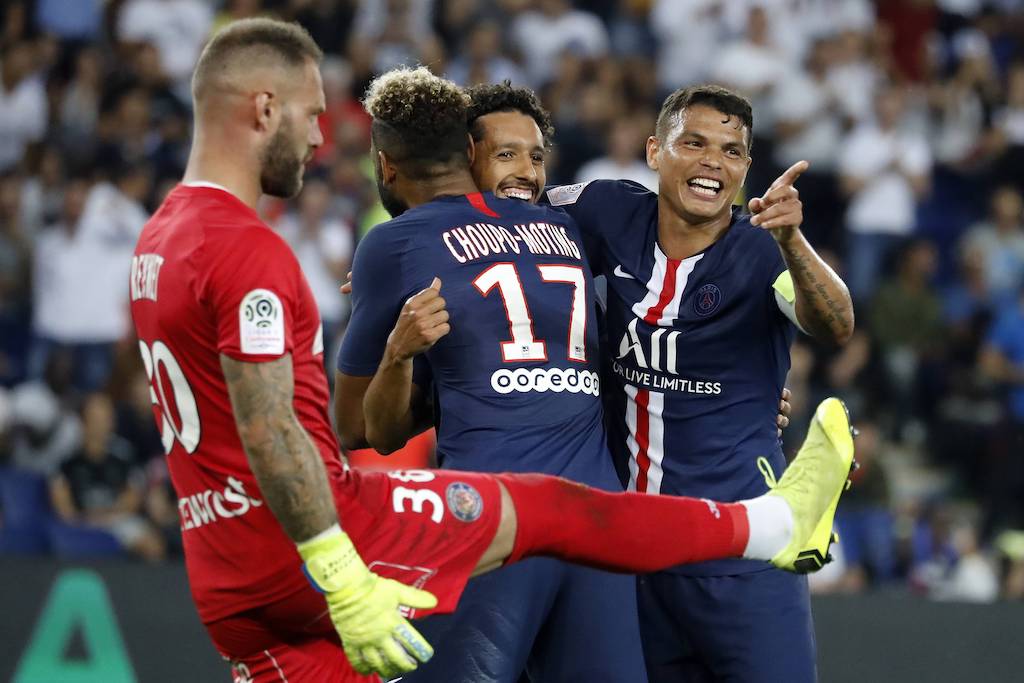 AC Milan have been joined by a number of clubs in the race to sign Paris Saint-Germain defender Thiago Silva, according to a report.

Saturday’s edition of Tuttosport (as cited by Calciomercato.com) claimed Thiago has never hidden his love for the club and the Rossoneri haven’t closed the door to a possible return, with the defender’s agent having offered him to Milan on a free transfer.

L’Equipe reported on Monday that PSG have made the final decision not to offer the veteran a new deal, meaning he is free to find a new club ahead of next season, with Milan interested.

According to the latest from Le10Sport, Milan are not the only club who have been alerted by the chance to sign an experienced defender on a free.

Everton and Milan are leading the race with the former having given their word regarding a two-year deal, but Arsenal, Barcelona and Manchester United are also keen.

Meanwhile, 90min believe Newcastle, West Ham and Wolves are all in the running too.

90𝘮𝘪𝘯 𝘌𝘹𝘤𝘭𝘶𝘴𝘪𝘷𝘦: Arsenal, Everton, Newcastle, West Ham & Wolves among a number of clubs to be considering a contract offer for Thiago Silva. ✍️📋