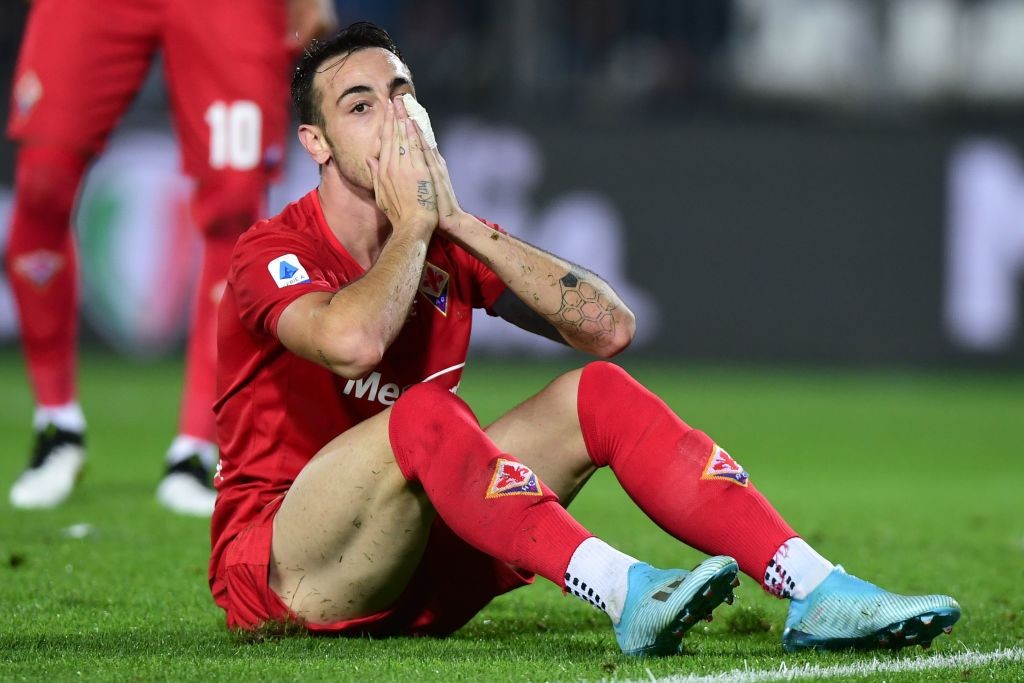 Report: Milan and Inter to battle for young Fiorentina star next summer

AC Milan could be set for a battle with rivals Inter for the signing of young Fiorentina star Gaetano Castrovilli, a report claims.

The 22-year-old midfielder has shone for La Viola this season, keeping Marco Benassi out of the side and contributing a goal and an assist for Vincenzo Montella’s team in eight Serie A games thus far.

Castrovilli also impressed at San Siro when Milan met Fiorentina last month, netting the visitors’ second goal on the way to a 3-1 rout.

After the game Castrovilli admitted his love for his boyhood club Milan, even revealing that Kaka and Ronaldinho are his idols.

According to Calciomercatonews.com, Paolo Maldini and Zvonomir Boban have taken note of what could be described as a come-and-get-me please.

Castrovilli recently signed a contract renewal with Fiorentina until 2024, but the report tips Milan and Inter to do battle for his signature next June.

GdS: Pioli relying on two attacking weapons amid absence of Ibra and Calhanoglu vs. Udinese
3 March 2021, 10:28