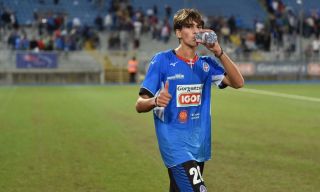 Report: Milan and Juventus ‘ask for information’ on Italy U17 defender

AC Milan and Juventus are both monitoring impressive young Novara full-back Tommaso Barbieri, according to a report.

The Rossoneri’s owners Elliott Management have so far preferred a recruitment strategy centered around buying young players with high potential to develop and record capital gains on the balance sheet.

According to Tuttoc.com, Milan are also monitoring the progress of Novara’s 17-year-old defender Tommaso Barbieri.

The teenager has made six appearances in Serie C and has been called up to the U17 World Cup with the Italian national team, something which has attracted the interest of some top Serie A clubs.

Along with Milan it is believes that Juventus have in fact asked for information in recent days, while Inter and Sassuolo are also thinking of a move, the report concludes.