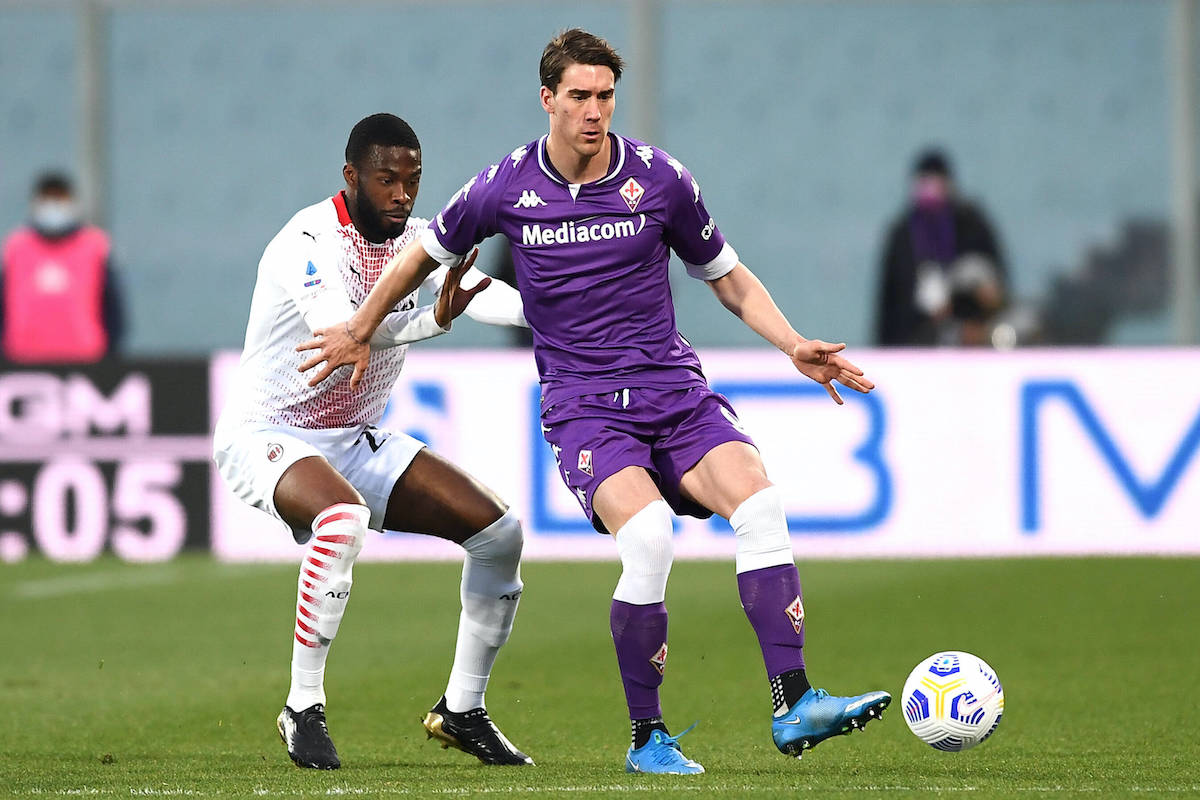 Report: Milan and Liverpool in talks with agent of €40-50m striker – discussions also held with club

AC Milan have held talks with the entourage of Fiorentina star Dusan Vlahovic over a summer move, but they are apparently not the only club to have done so.

Vlahovic has scored 17 Serie A goals this season with the vast majority of them coming after the Christmas break, meaning it is no surprise that the 21-year-old has now landed on the radar of several clubs in Europe ahead of the summer window.

According to Inside Futbol, Liverpool and Milan have held talks with the representatives of the Serbia international and have even held initial discussions with Fiorentina, with both clubs in the market for a centre-forward when the mercato reopens.

The Reds and the Rossoneri have been informed by La Viola that they are prepared to sell the player, but only for a figure of €40-50m. Roma like the player too and have spoken with his agent but the asking price is simply too high.

READ MORE: What Donnarumma has told friends and team-mates about his future – ‘This is a fact’