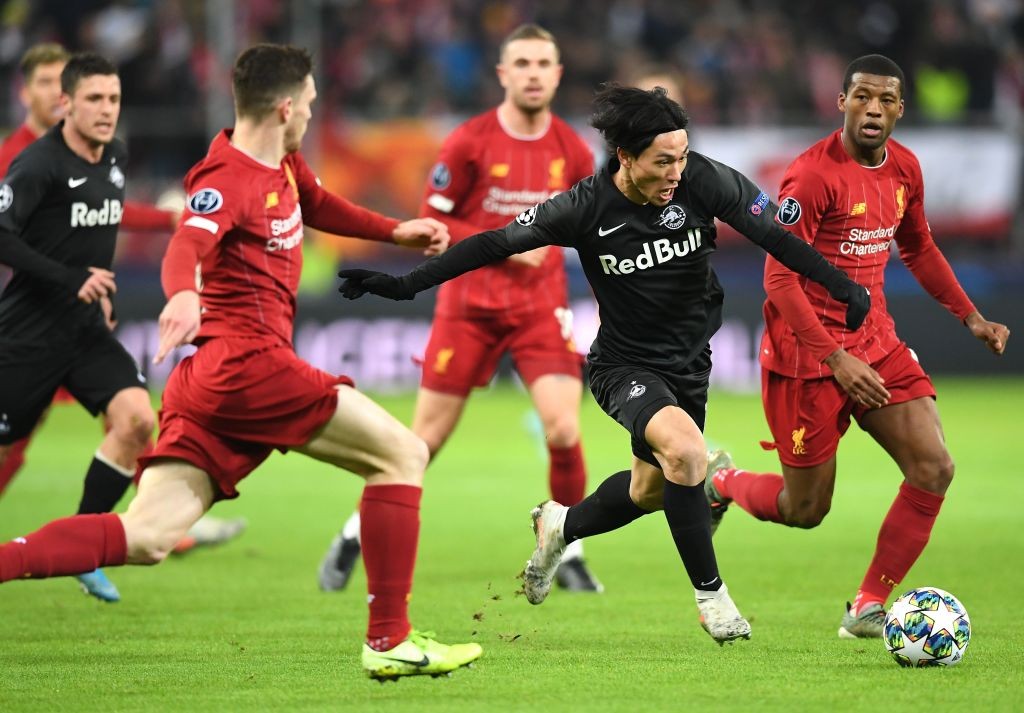 AC Milan are one of three Serie A teams that could try and hijack Liverpool’s move for Red Bull Salzburg starlet Takumi Minamino, a report claims.

Minamino has been in red-hot form for the Austrian side so far this season, netting nine goals and amassing five assists in 22 competitive games.

His performances have attracted the interest of a number of Europe’s top clubs, with The Times reporting that Jurgen Klopp was ready to sanction a bid from Liverpool to land the winger.

Klopp is apparently keen to get a move done next month because Minamino has a release clause of just €8m – a fee which could prove to be a bargain.

According to Calciomercato.it though, Milan and Napoli may both make a late attempt to hijack the deal.

The Japanese talent is described as ‘the perfect identikit’ for Milan’s new project, and he could be the ideal replacement for Suso should he be destined to leave.

Minamino which could also become the right name for Atalanta, who qualified for the Champions League knockout rounds, as well as Gennaro Gattuso’s Napoli – who will use a 4-3-3.

Salzburg’s sporting director Christoph Freund has confirmed that talks have been opened with Liverpool over a deal, adding that it in an ‘honour’ for those kinds of clubs to be linked with his players.