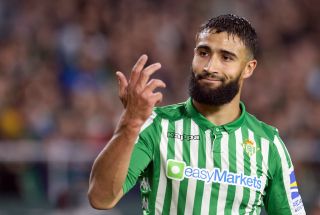 AC Milan are in the race to land Real Betis playmaker Nabil Fekir this summer, a report claims, but a huge asking price has been set.

According to the latest from Spanish outlet AS (via MilanLive), the Rossoneri are joined by Arsenal in their pursuit of the France international, but the cost of the operation appears very high.

It is claimed that Betis are demanding at least €50million euros to sell Fekir during the next transfer window, and the reasons relate to a particular clause.

Betis last year signed Fekir from Lyon for €20million, plus the 20% of the revenue on the possible resale of the player. Therefore, the LaLiga side want avoid cashing in for a low figure – but it is not ruled out that the playmaker could move on to a more ambitious club after just a year in Spain.

For Milan it would arguably fill a hole in the squad where they have struggled for consistency for some time: namely the trequartista position.