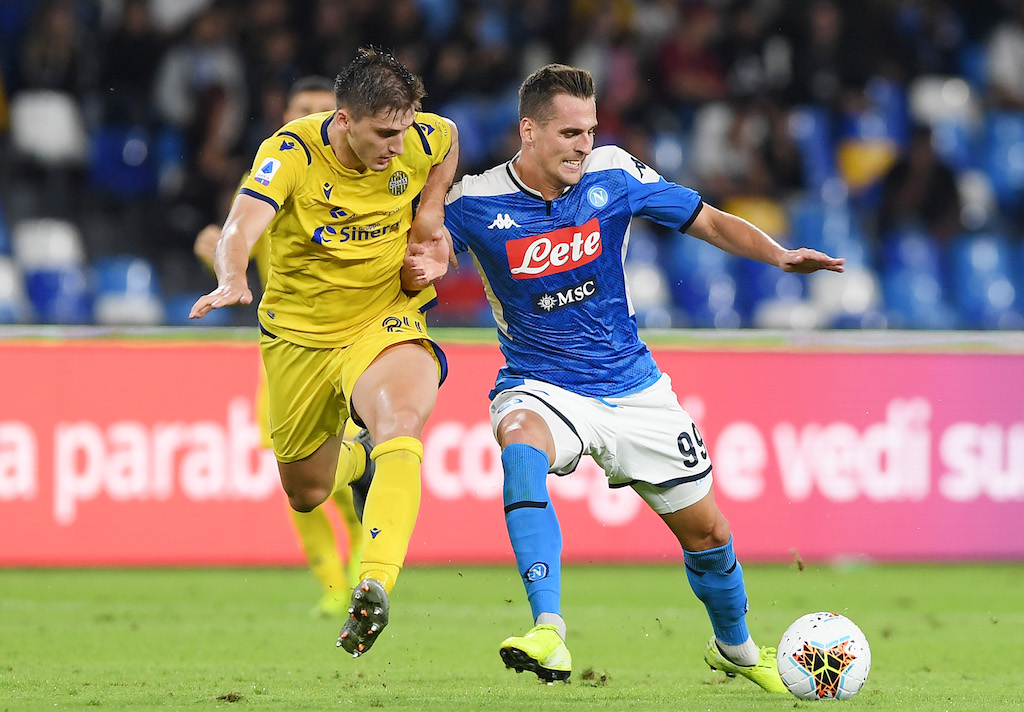 Rumours of interest from Lazio in Milan captain Alessio Romagnoli arrived in Thursday’s papers, but regardless of his future the Rossoneri are looking for a young and talented centre-back for next season.

According to Calciomercato24 – as cited by MilanLive – the club’s sights have fallen upon Verona star Marash Kumbulla, however the Italo-Albanian defender is tempting several top Italian clubs.

Inter boss Antonio Conte is keen on the 20-year-old – possibly due to the rumours linking Bastoni with an exit – but Hellas have set out their stance regarding the future of their prized young asset.

The Gialloblu would in fact only sell Kumbulla on the condition that they keep him on loan at least until 2021, while Milan instead would like a defender ready and immediately usable for the next season.

On the contrary, Inter could instead cede to this demand and allow him to stay at the MarcAntonio Bentegodi for another season, instead signing an experienced centre-back to plug the gap for a season.

One thing is certain: Kumbulla’s profile appears ideal for Milan, who are set to focus on young and talented players on low wages.