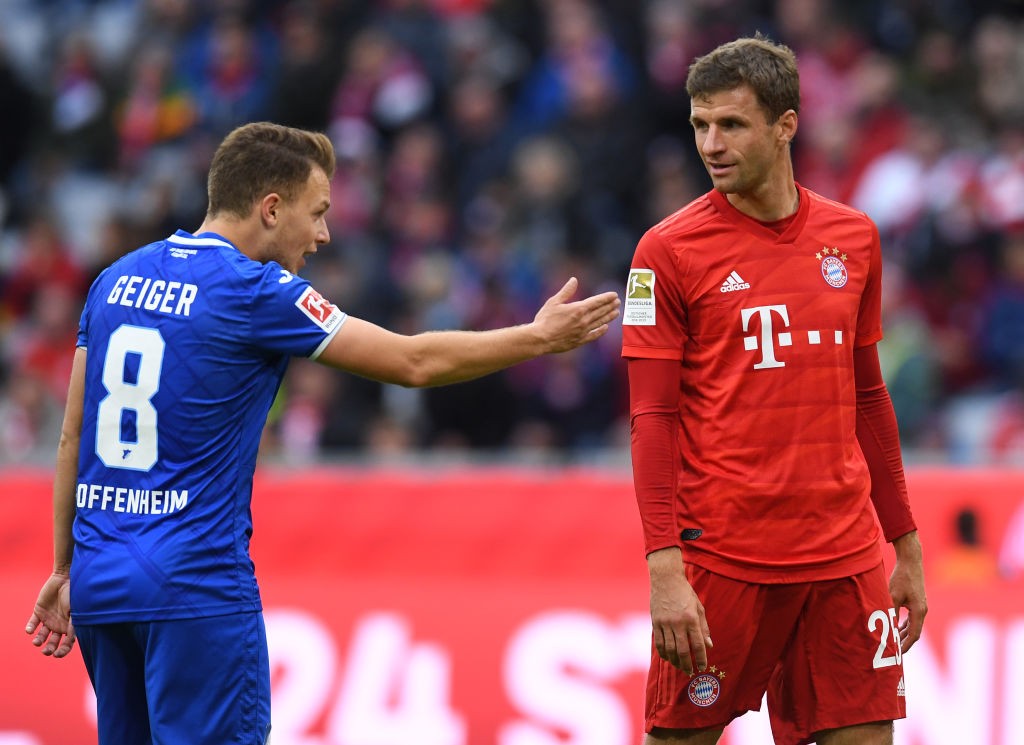 AC Milan – along with city rivals Inter – are interested in a move for Bayern Munich star Thomas Muller, a report claims.

It is not the first time that the Rossoneri have been linked with a move for the Germany international, as a report from Kicker in May suggested that Milan are monitoring his situation.

They stated that Muller has become increasingly frustrated with his situation at Bayern and may look into a new destination if things do not change under manager Niko Kovac.

The 30-year-old has played just 450 minutes across 10 appearances in all competitions for Bayern this season.

The likes of Serge Gnabry, Philippe Coutinho, Kingsley Coman, Ivan Perisic and of course Robert Lewadowski have kept him out of the starting XI for large parts of the campaign.

A report on Calciomercato.com – who cite German outlet Kicker – states that Milan have asked information on Muller’s situation and have learned that he is on the market.

They state that Inter are also considering a move and have requested info, while Liverpool were linked by Bild on Thursday too (via liverpoolfc.com).

Meanwhile, Calciomercatonews.com reported on Wednesday that Milan could rival a number of Serie A sides for the signing of Bayern Munich’s veteran midfielder Javi Martinez.