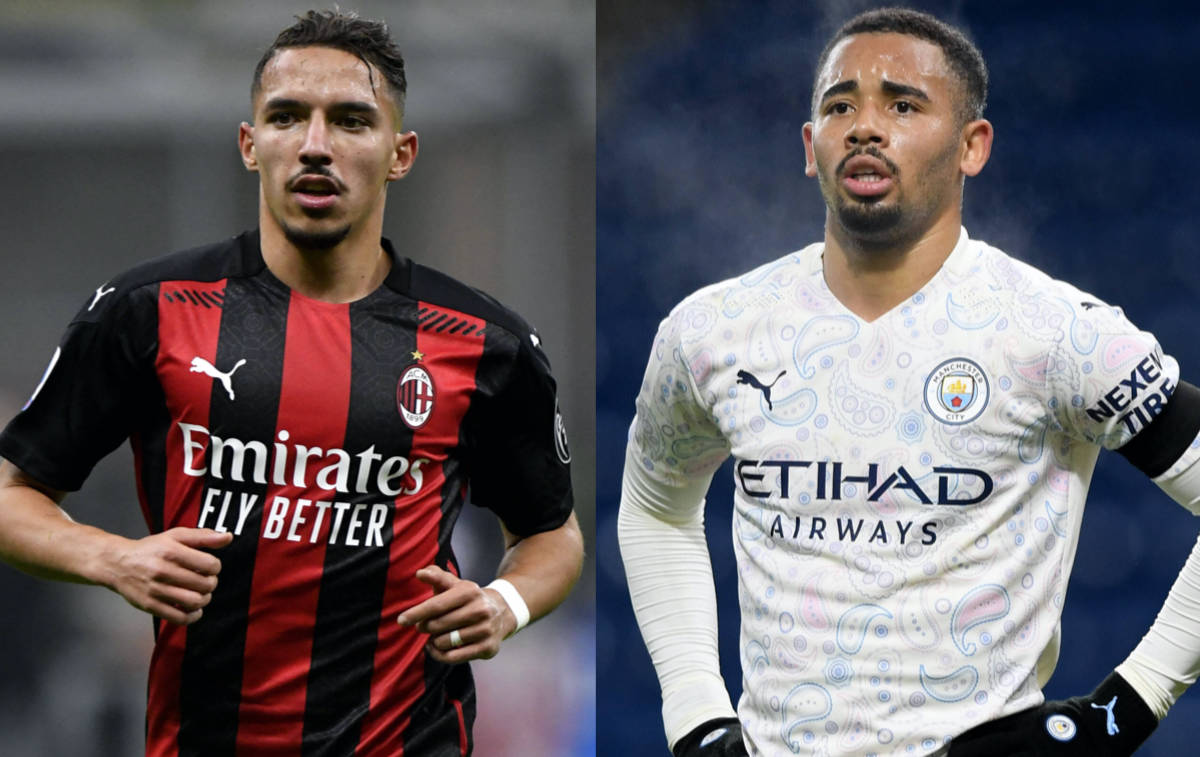 AC Milan are monitoring the situation surrounding Manchester City striker Gabriel Jesus, a report claims, but the Premier League side only want a swap.

According to Calciomercatoweb.it, Milan could look for a big signing this summer especially if they win the Scudetto, and they are keeping an eye on Jesus.

With Zlatan Ibrahimovic and Mario Mandzukic both out of contract in June as things stand, the 23 year-old Jesus would represent a long-term option for Stefano Pioli, as he is not featuring heavily in the plans on Pep Guardiola.

The English club have chosen Erling Haaland to be the heir to Sergio Aguero and the Brazilian, consequently, could look for a move elsewhere. Manchester City could ask for an exchange involving Ismael Bennacer – a player they like very much – and the Algerian is valued at €50million.

The former Palmeiras striker, on the other hand, has a valuation of around €70m and the Rossoneri might have to stump up some cash to cover the operation.

Jesus has scored 75 goals and has amassed 31 assists in 172 appearances across all competitions since joining City.

READ MORE: Real Madrid decide playmaker will stay for good after Milan experience is over