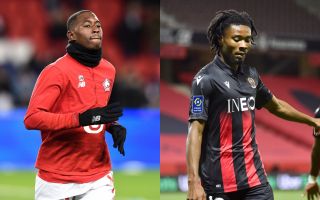 In addition to a centre-back, Milan could decide in to bring in a midfielder this month, looking to bolster the squad ahead of the second half of the season. Two players are on their radar, a report claims.

According to Niccolo Ceccarini, in his latest piece for TMW, the Rossoneri are keeping tabs on Mohamed Simakan and Ozan Kabak for the centre-back role, pushing for the former to join. They are also focusing on other departments, namely the midfield.

Ligue 1 is a league that Milan are following with great interest, having been linked with several names over the last year or so. For the midfield, Boubakary Soumare has been mentioned and remains a target for the club.

A loan deal in the last minute could perhaps be possible. Furthermore, as Ceccarini continues, the Rossoneri are keeping tabs on Khephren Thuram. The 19-year-old has impressed with Nice and could be an opportunity for the future.

READ MORE: Kjaer prepares for long-awaited return – his importance at Milan is evident