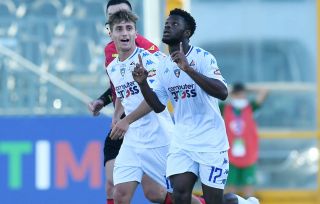 AC Milan have set their sights on signing striker Emmanuel Ekong from Empoli after he impressed for their Primavera, a report claims.

As reported by SerieBnews.com (via MilanLive), the 19-year-old centre-forward has ended up in the crosshairs of Juventus, Milan and Inter after he scored a brace in the Primavera final against Atalanta which earned his side the Scudetto.

In the 2020-21 season he amassed 26 appearances and scored 7 goals. Sweden have also seen the teenager’s potential and in 2019 they called him up for their U18 team, and while Empoli would prefer to keep the player and send him to play on loan in Serie B, Milan and the other big clubs remain on hold.

Empoli achieved promotion to Serie A and the Tuscan club also beat Atalanta in the final of the Primavera 5-3, so it will be interesting to see their approach with young players who could join Andreazzoli in the first team.