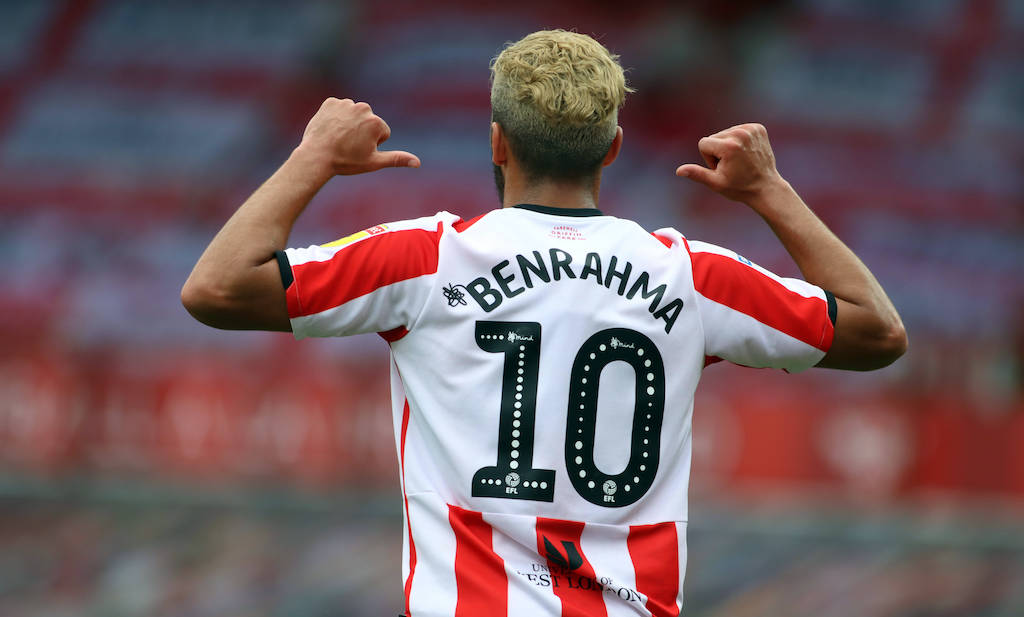 AC Milan are one of a number of teams in the running to land Brentford winger Said Benrahma this summer, according to a report.

The Algeria amassed 17 goals and nine assists in 43 appearances for Brentford this season, and it was recently reported by the Daily Express that a €28m price tag has been set by the west London club, with Leeds, Aston Villa, Crystal Palace and Spurs all also keen.

Benrahma formed part of a fearsome front three at Brentford that almost fired them up into the Premier League, but they lost in the Championship Play-Off Final to neighbours Fulham.

Arsenal and Chelsea have also been linked with a move for the 25-year-old, who is now expected to move on after Brentford’s failure to gain promotion.

According to Walid Ziani – a journalist for Algerian outlet DZFoot – Milan are in the race to sign Benrahma this summer. He could join up with compatriot Ismael Bennacer, and it has been reported that the Rossoneri are in the market for a winger.

Not sure how credible this source is so take it with a grain of salt but I’ve been told that AC Milan are interested in #BrentfordFC winger Saïd Benrahma, the 25-year old Algeria international is also being linked with a host of Premier League clubs pic.twitter.com/5eppghKBqM