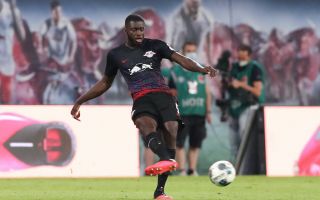 AC Milan are one of a number of European heavyweights in the race to land RB Leipzig defender Dayot Upamecano this summer, it is claimed.

We reported via our mercato correspondent Vito Angele last week that probable next Milan boss Ralf Rangnick is keeping a close eye on Upamecano, a player he knows from his time working for Red Bull.

The Frenchman’s contract will expire in 2021 and should he fail to reach a renewal agreement with the German side, Milan could get him at a good price.

According to Spanish outlet DonBalon, Real Madrid are serious about signing Upamecano as they look to replace Eder Militao, who has disappointed since his €50m arrival from Porto.

However Bayern Munich, Arsenal, Borussia Dortmund, Chelsea and Manchester United are all also credited with interest, but Los Blancos are ready to pay his €60m release clause as they are convinced he would ‘fit like a glove’.