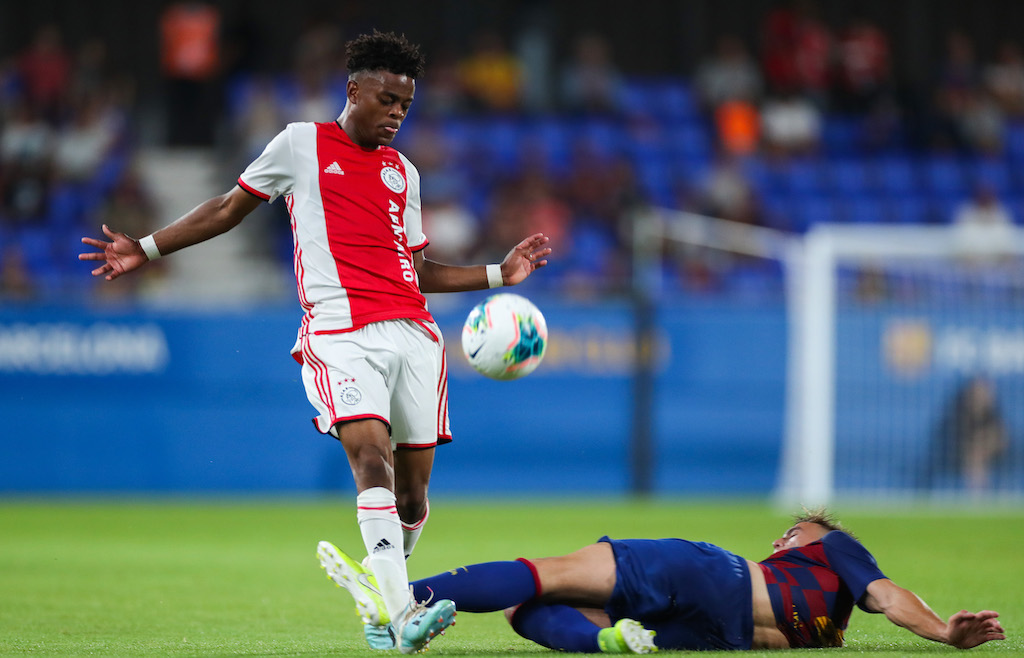 AC Milan are one of the teams keen on signing Ajax wonderkid Sontje Hansen who may be available for a cut-price fee, a report claims.

English outlet The Guardian, Manchester City have been scouting the teenager and believe that he could be available for a fee of around £6m (roughly €7m) because of the fact his contract expires in 2021, but they face fierce competition for his signature.

The 17-year-old forward scored six times at last year’s U17 World Cup in Brazil to win the Golden Boot, including a last-16 hat-trick against Nigeria.

He also made his senior debut for Ajax in December last year against Telstar in the cup, and made his Serie A debut during a 6-1 win over ADO Den Haag four days later.

The report claims that AC Milan are also keen on the young starlet as well as Serie A rivals Inter and Juventus, plus German side RB Leipzig who are also monitoring him. That is of course significant as Ralf Rangnick – rumoured by some to be the next Milan boss – is in charge of recruitment.