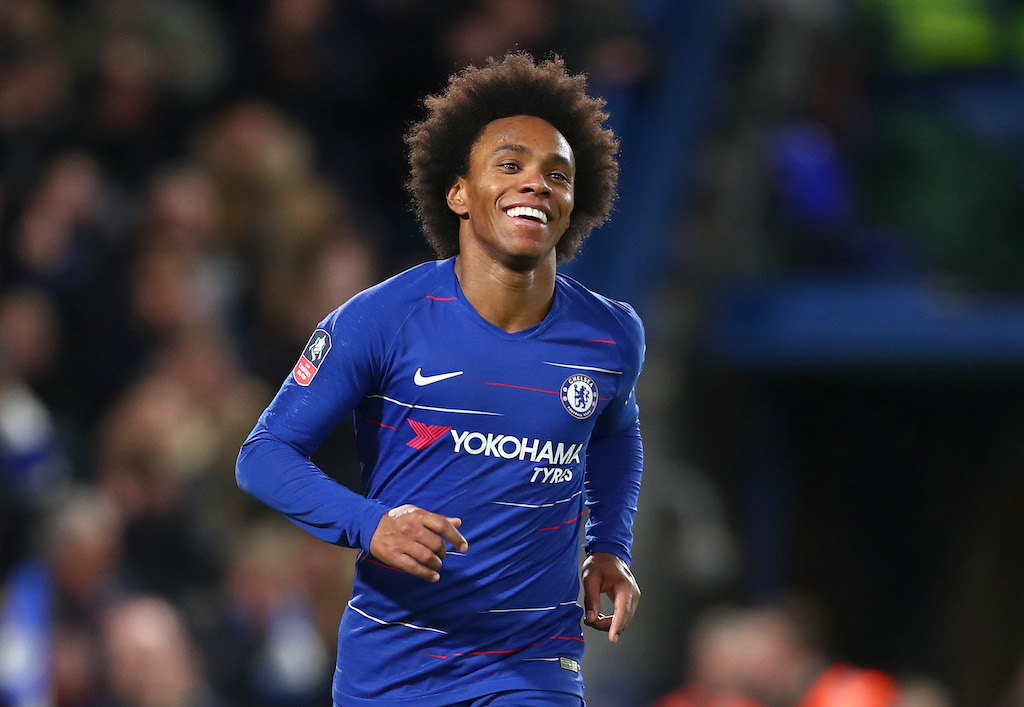 AC Milan are considering a move to Chelsea winger Willian who is set to become a free agent, a report claims, but they face tough competition.

Willian has six goals and four assists in 35 appearances across the Premier League and Champions League this season so far, but at present he appears destined to leave Chelsea as his contract expires in June.

The player has previously expressed his desire to sign a three-year contract somewhere with the Stamford Bridge side having only offered him a two-year deal, and MilanNews recently claims that Milan and Roma are monitoring the situation.

Now, a report on MilanLive has provided an update on the situation, claiming that Milan are ‘at the window’ but that there are several teams that are interested.

The current corporate situation makes it difficult to understand what the summer transfer campaign could look like though, and the competition is very tough. The Telegraph says that Arsenal and Tottenham are interested, as are Bayern Munich, but Barcelona are focusing on other targets.