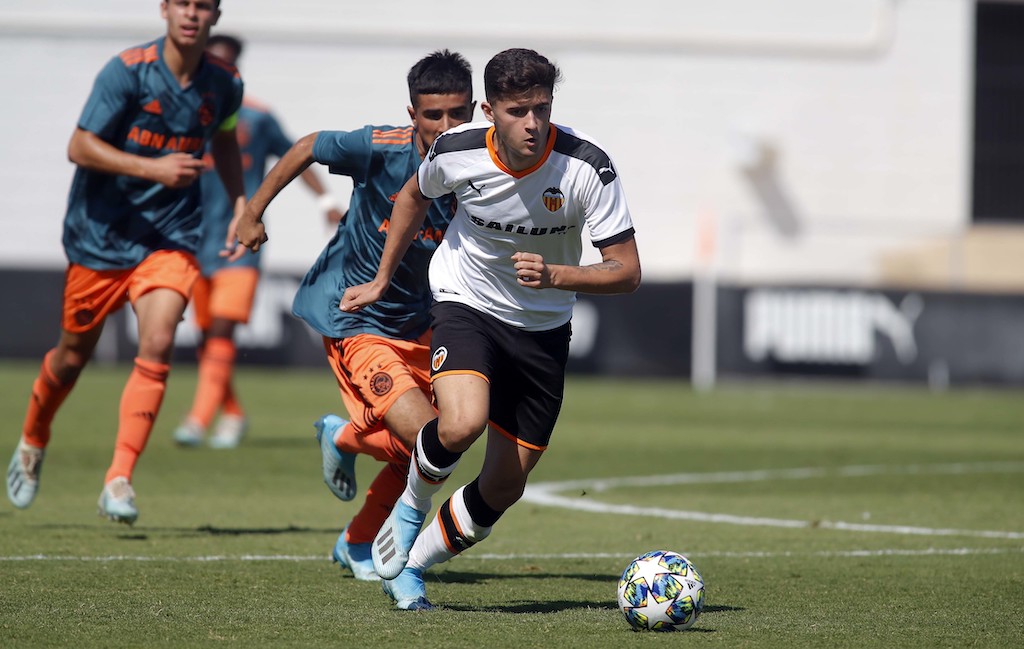 AC Milan have let the entourage of Valencia starlet Jordi Escobar know that they are interested in a summer move for the forward.

That is according to Spanish newspaper AS (via golsmedia), who claim that the player’s representatives know that Milan are keen on the 18-year-old, who has impressed in the UEFA Youth League in particular.

Escobar’s people want to sit down with Valencia again once the season ends having met with the club before to present an offer from Roma. Valencia at that time transmitted to them that the club’s desire is to continue with the teenager, and that they would not sell him for less than €60m.

Jordi Escobar’s desire is to continue his career at the Mestalla, where he has a contract until 2022 which contains a release clause of €80million.

The Spaniard wants to succeed with the Valencia first team and he has made it known through his social networks, where on Instagram he recently replied to a question from a fan: “Will you stay at Valencia CF?” with “Yes. Always.”