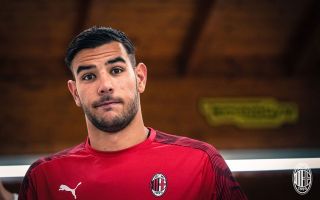 Theo Hernandez had reached an agreement with Paris Saint-Germain over a move but will not force an exit, according to a report.

Fabrice Hawkins (via GFFN) reports that PSG intend to look at signing a new left-back this summer, but they are instead focusing on securing other potentially more influential signings such as Paul Pogba of Manchester United and/or Eduardo Camavinga of Rennes.

Théo Hernandez was their first choice target for the role, with the 23-year-old having reached an agreement in principle to join the Parisians before the European Championships. However, he adds that Milan are not willing to enter any negotiations over the player.

Moreover, Hernandez feels happy at the Rossoneri and is not so infatuated with a move to the Ligue 1 side that he is willing to force an exit. Therefore, it seems that PSG have for the time being put the brakes on a pursuit of the former Real Madrid man and will work on other fronts.