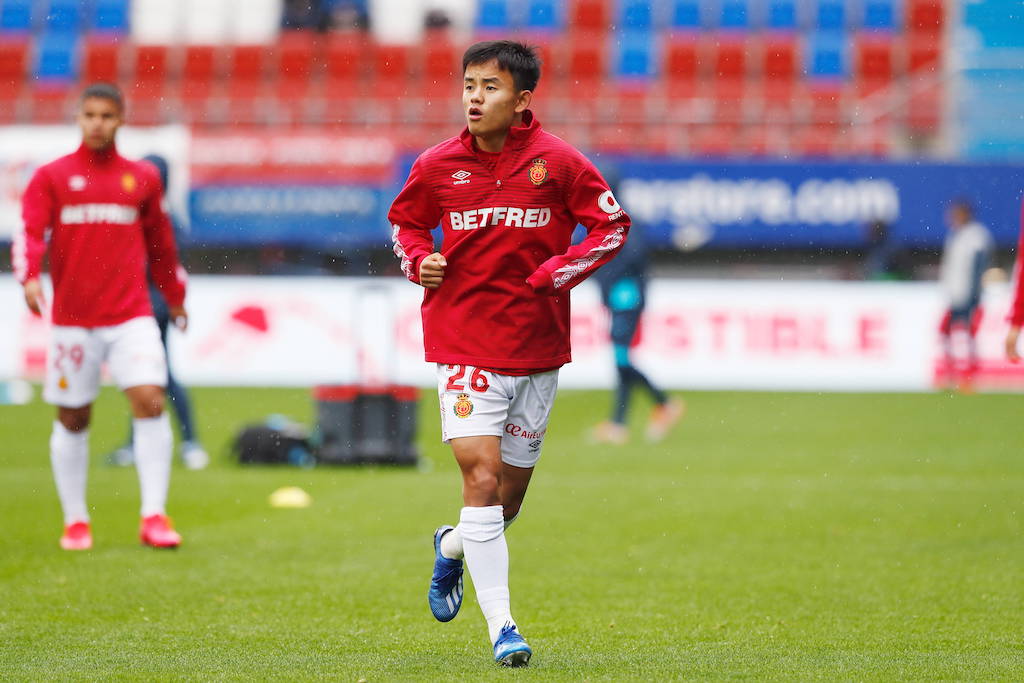 AC Milan are in pole position to land Real Madrid starlet Takefusa Kubo this summer, according to a report.

The 18-year-old wide midfielder is well known as being the next Japanese wonderkid, having left FC Tokyo last summer to secure a move to Real Madrid, and we picked him out earlier in the year as a player Milan should keep an eye on.

He is currently on loan at Real Mallorca where he has a combined six goals and assists (3G, 3A) for the island side, and he has racked up seven appearances for the national team despite his young age.

AS recently reported that Kubo’s arrival in top level football has attracted attention from a number of clubs, with Milan, PSG and Celtic among 29 teams wanting to sign him, even though he has a €250m release clause.

According to CadenaSer though it is the Rossoneri who are leading the charge. Real Madrid have opened up to the idea of letting Kubo leave on loan for a year but only to a team that will pay his full €2m salary.

The team that is best placed to do that and that are insisting more and more is Milan, and Madrid would like Kubo to play in a European competition next year, which Stefano Pioli’s side are on course to do at present.