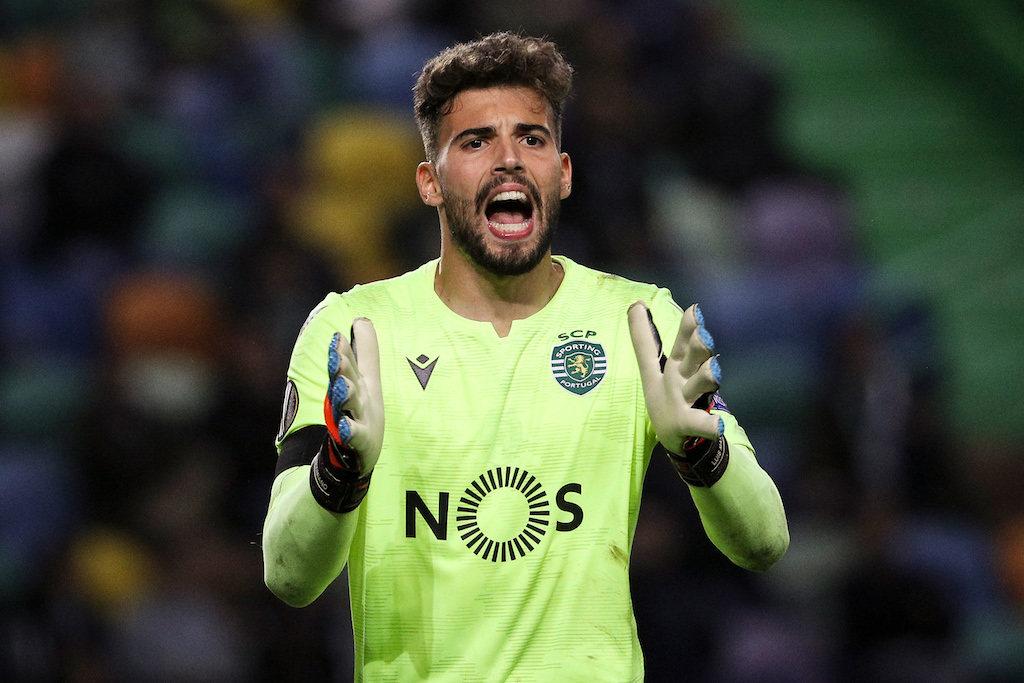 AC Milan have reportedly set their sights upon Sporting CP goalkeeper Luis Maximiano as they begin to prepare for life without Gianluigi Donnarumma.

According to what is being reported by O Jogo (via Goal), the Rossoneri are keen on the idea of signing Maximiano in the upcoming summer. The 21-year-old has been the starter for the Portuguese giants since December, and could represent a long-term option to replace Donnarumma.

Inter are also considering a move for Maximiano as the Nerazzurri are in the market for Samir Handanovic’s heir. The Sporting Lisbon No.81 has a contract expiring in June 2023, so in theory the club would be able to name their price.

The Lisbon club cannot afford to risk losing Maximiano on a free transfer in a year, therefore without renewal they will have to sell to secure maximum capital gain.

A market derby between Milan and Inter may therefore be on the cards. The Rossoneri, however, will only come forward in the event of Donnarumma’s exit as they already have Antonio Donnarumma, Pepe Reina and Alessandro Plizzari under contract.