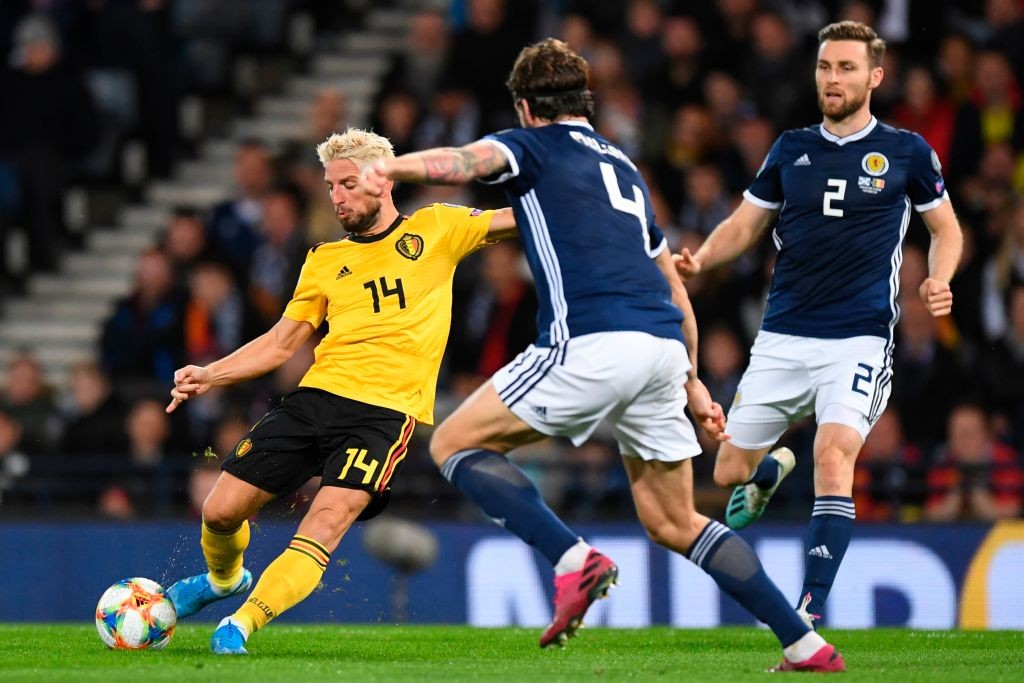 AC Milan are ready to battle five other clubs for the signing of Napoli striker Dries Mertens in the January transfer window, a report claims.

The Neapolitans are currently in somewhat of a crisis, with the team having mutinied against a retreat following their 1-1 draw against Red Bull Salzburg in the Champions League last week.

Manager Carlo Ancelotti spoke out against president Aurelio De Laurentiis’ decision to send the squad into ‘ritiro’ and il Mattino claimed there will be consequences, including the potential for influential players like Mertens and Callejon to be offloaded.

According to an update from the same outlet – as cited by Calciomercato.com – a number of teams are monitoring the situation surrounding the former, including both Milan clubs, Juventus and Roma.

However, the report goes on to state that two English sides in Arsenal and Spurs have actually already opened talks with the Belgian’s entourage over a January move.

Journalist Claudio Raimondi told SportMediaset (via MilanNews.it) earlier on Tuesday that Mertens is a target for Milan, but that they will not pay the €10m asking price as he will be available on a free next summer.

Although 32, Mertens is still in prime form for Napoli and has amassed 88 goals and 47 assists in 216 appearances for them in Serie A.