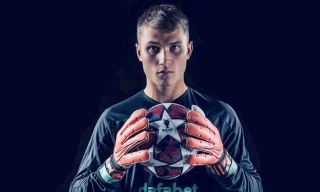 Report: Milan want Celtic prodigy regardless of Donnarumma’s fate but Man Utd are in talks

PianetaMilan wrote yesterday how negotiations over Gianluigi Donnarumma’s renewal have been ongoing for some time and there is work still to be done given that Mino Raiola is asking for €10m net per season for his client to put pen to paper.

Paolo Maldini and Frederic Massara never stop and they are continuing to monitor potential opportunities, and among these is the potential heir of the Italy international in Angelini, a 17-year-old Celtic keeper who does not want to renew his expiring contract.

According to il Milanista, Maldini and Massara are indeed working to avoid being caught unprepared if they don’t get Donnarumma’s signature. The duo are following the 6ft3 Angelini closely, and the idea of ​​the management is to sign the player regardless of Donnarumma’s future and have him grow behind the No.99.

The competition from Manchester United will be a problem, and management of the Red Devils have taken the first steps with the teenager’s entourage, the report concludes.