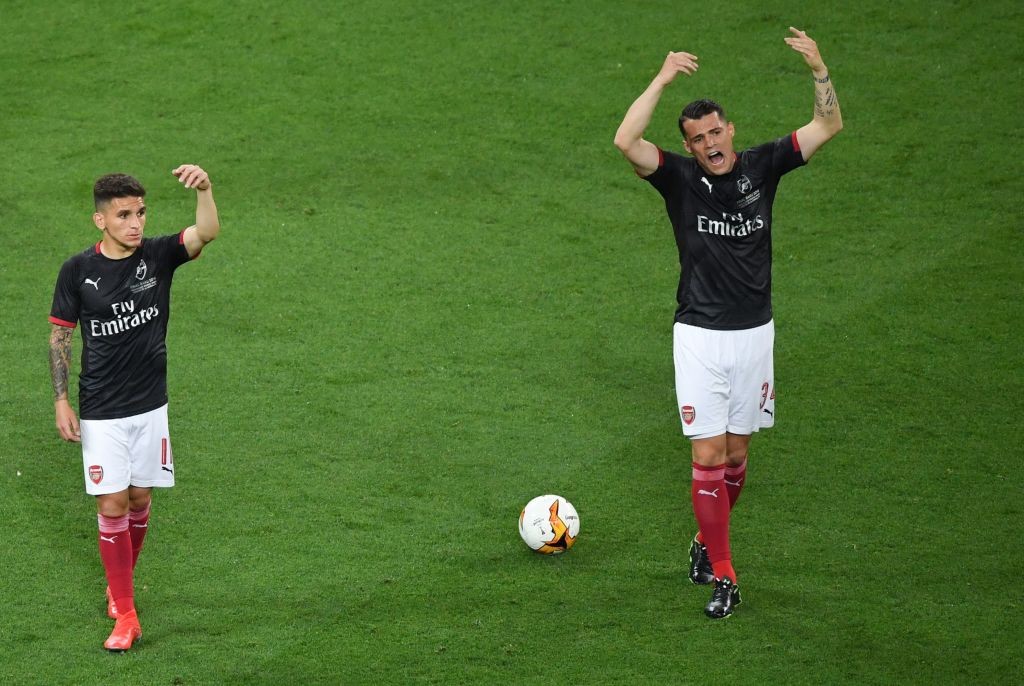 AC Milan are not targeting either of Arsenal duo Granit Xhaka or Lucas Torreira in the January transfer window, a report claims.

The Rossoneri could be set to undergo a mini-overhaul in the January transfer window given their poor start to the season, with the team currently sat in the bottom half of the table.

A report from newspaper Tuttosport on Tuesday (via Calciomercato.com) claimed that Milan may look to target either Xhaka or Torreira if Franck Kessie was sold in the upcoming window.

According to an exclusive from Calciomercato.com though, Xhaka is not in talks with Milan over a move and the Diavolo will instead look at signing other players first, though the Swiss international represents ‘an opportunity’.

Furthermore, Milan’s CEO Ivan Gazidis, who left Arsenal for the Rossoneri, is not pushing for any of the Gunners’ players. In other words, Xhaka is definitely not as close as some reports have suggested, remaining just an opportunity.

The 27-year-old joined Arsenal back in 2017 in a deal reportedly worth €50m from Monchengladbach (as per the Telegraph) but has come under fire in recent weeks after he had an altercation with fans during a game against Crystal Palace, which resulted in him being stripped of the captaincy.

The Calciomercato report continues by stating that Torreira is a real target on the other hand, with Milan having attempted to sign him in the summer window.

The Diavolo will ‘prioritise the development’ of Ismael Bennacer, who plays a very similar role, but Torreira could become an idea again next summer.

TMW recently reported that the Uruguay international is unhappy in north London, having arrived last summer for a reported €30m (as per Wikipedia) from Sampdoria.