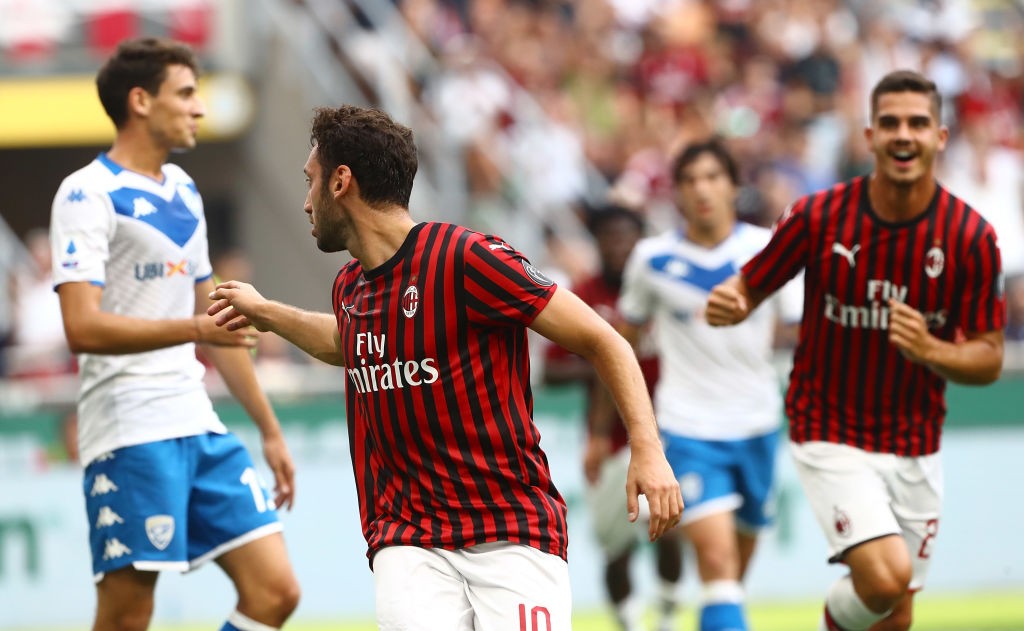 Calciomercato.com then added that Calhanoglu’s departure in January is a possibility despite the fact he has been a starter for the most part under Stefano Pioli, with an asking price of €20million set.

According to transfer source Milanista NonEvoluto on Twitter, Leicester have been joined by Newcastle in their pursuit of Calhanoglu.

The tweet adds that respective emissaries are expected at San Siro on Monday tomorrow to view the player in action against Sampdoria.

In addition, a report on MilanLive.it adds that despite having a value on the balance sheet of around €10million, the Rossoneri will ask for double that if they are to sell the Turkey international in the January window.