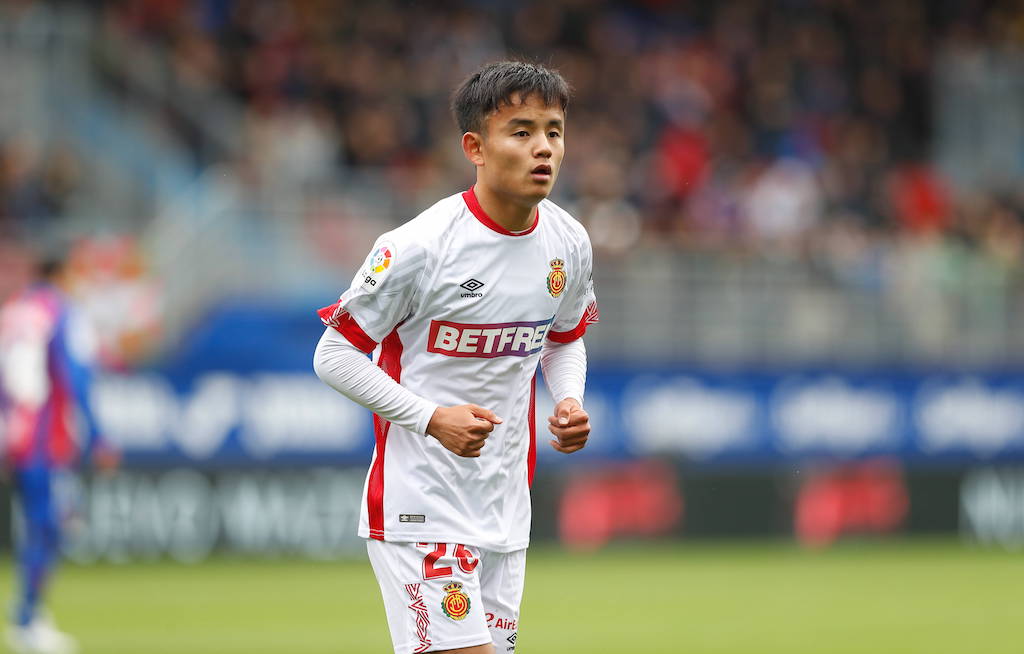 AC Milan are one of 29 clubs who apparently want to sign Real Madrid starlet Takefusa Kubo this summer, according to a report.

The 18-year-old wide midfielder is well known as being the next Japanese wonderkid, having left FC Tokyo last summer to secure a move to Real Madrid, and we picked him out earlier in the year as a player Milan should keep an eye on.

He is currently on loan at Real Mallorca where he has a combined six goals and assists (3G, 3A) for the island side, and he has racked up seven appearances for the national team despite his young age.

According to Spanish outlet AS, Kubo’s arrival in top level football has attracted attention from a number of clubs, with PSG determined to sign him.

Leonardo has focused his attentions on the move but has hit a brick wall as the player has refused his contract offer and his buyout stands at a staggering €250million.

However, there are 29 clubs who all want to sign Kubo, with AS claiming that Ajax, Lazio, Milan and Celtic are among those from abroad, while there are 10 teams in Spain including Real Sociedad and Betis who want the teenager.

Kubo himself however believes he has a chance of making the Real Madrid squad for next season, and Zinedine Zidane praised the player in his press conference yesterday: “He’s had a good season, he’s played regularly which is what we all wanted. He’s a really interesting player, right now and looking to the future.”

The Real Madrid management are also pleased by Kubo’s progress and deem him too good for Real Madrid’s B team, Castilla.