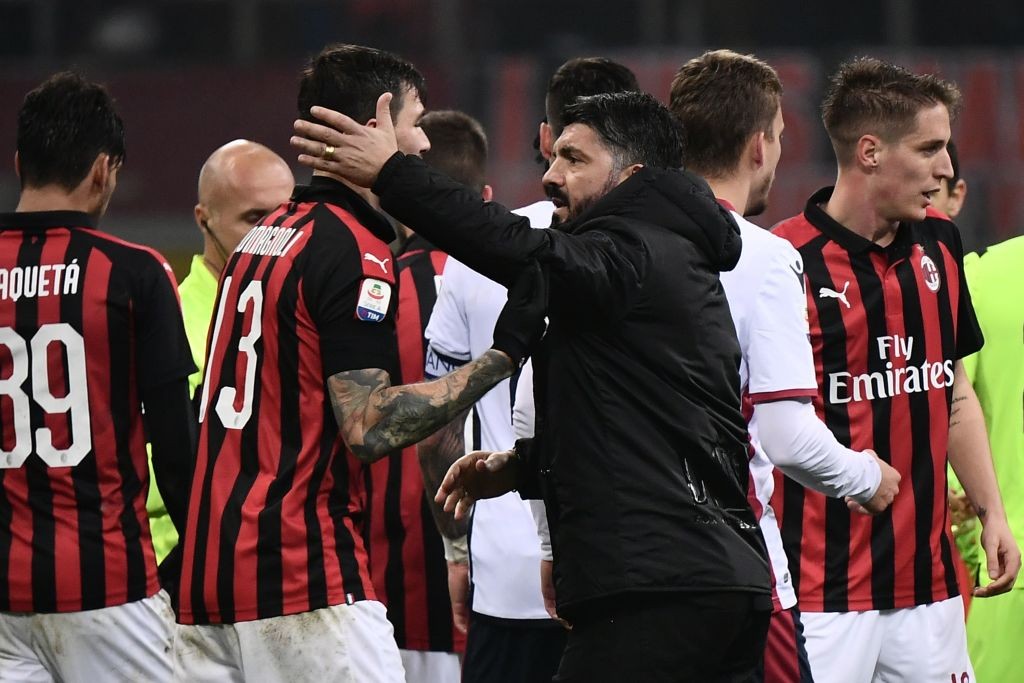 Marco Giampaolo was dismissed by the Rossoneri just 111 days into his reign as manager, having lost four of his first seven games in charge.

A number of replacements were linked at the time, including the likes of Andriy Shevchenko, Roberto Donadoni and Claudio Ranieri, as well as Max Allegri and Luciano Spalletti.

One name that was constantly mentioned though was Gennaro Gattuso, the man who stood down as head coach following the final game of last season with Milan having missed out on a top four spot in the final round of action.

According to TeleLombardia – as cited by Calciomercato.com –  Romagnoli communicated to Maldini after Giampaolo’s sacking that the team wanted Gattuso to return to the bench.

However, numerous outlets have pointed out in the past that the relationship between Maldini and his former team-mate was not the best by the end of last season.