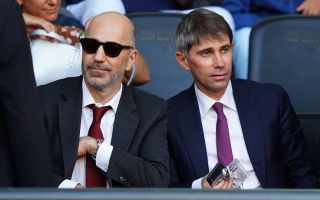 Earlier today, a rumour emerged regarding the future of Ivan Gazidis, suggesting that the current Milan CEO wants a return to Arsenal. However, this isn’t the case at all, as was confirmed by a journalist.

The divisive source IndyKaila on Twitter, with just over 300K followers, stated that Gazidis has asked to return to Arsenal. Despite the obvious flaws of the report, it gained traction within the Arsenal community and thus spread on the platform.

Fortunately, the respected journalist Pietro Balzano Prota completely shut down the report by branding it as ‘fake news’ when asked by a Milan fan. In other words, the Rossoneri’s CEO is going nowhere and will continue his project at the club.

With just a month left until the 2020/21 season starts, the 55-year-old is working hard along with Paolo Maldini and Ricky Massara to build on the fantastic performances since the league restart. Hopefully, they will get the job done.

READ MORE: After Suso and Rodriguez – Milan could make an additional seven sales