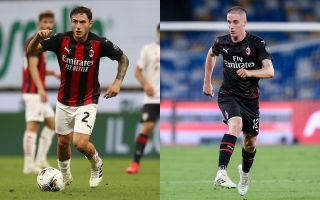 Yesterday, Marco Giampaolo was announced as the new manager of Torino. He still had one year left on his contract with AC Milan, but that was terminated earlier this week to allow the move to Turin.

As the upcoming season will start soon, Giampaolo is already at work with regards to the transfer window. According to Pietro Balzano Prota, the manager wants to reunite with a few players that he has previously coached, both from Sampdoria and Milan.

In addition to Rade Krunic, who has been mentioned as a target for a few weeks now, Giampaolo has also asked the president to sign one of Davide Calabria and Andrea Conti. Milan, in fact, are looking to sell one of the latter two.

It remains to be seen which player Torino will set their sights on, though the Rossoneri are more inclined to sell Calabria as he will guarantee a full capital gain. Conti, on the other hand, would not as he arrived from Atalanta back in 2017.