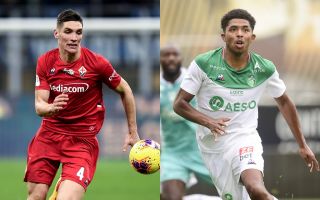 During pre-season, it has become painfully clear that Milan need to sign a centre-back before the window closes. Leo Duarte was disastrous against Novara and Monza, so a new backup is needed.

According to today’s edition of Libero (via MilanNews.it), Paolo Maldini is very interested in Nikola Milenkovic and Wesley Fofana. They are both young players that would fit the Rossoneri project, but getting one of them isn’t easy.

The costs are very high, as the newspaper points out, as the clubs are asking for around €30m or more. This is keeping Milan from making an offer for the time being, not willing to satisfy the demands despite the quality of the players.

Just like in January, when Milan decided to bring in Simon Kjaer, a low-cost opportunity could be the solution and it remains to be seen who Maldini will bring in. It seems the arrival of a centre-back is certain, which is indeed positive.