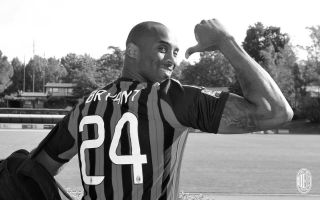 Some tragic news arrived on Sunday night as multiple sources have confirmed that Kobe Bryant has died in a helicopter crash, aged just 41.

TMZ were the first to break the news, confirming that Bryant was traveling with at least three other people when a fire broke out on board.

Despite the response of emergency personnel, nobody on board survived.

Bryant was a five-time NBA champions with the Los Angeles Lakers and a keen Milan fan from his time growing up in Italy, something which he has never hidden.

‘We have no words to express how shocked we are to hear of the tragic passing of one of the greatest sportsmen of all time and Rossonero fan, Kobe Bryant. All our thoughts are with the families of those affected by this tragic accident. You will forever be missed, Kobe