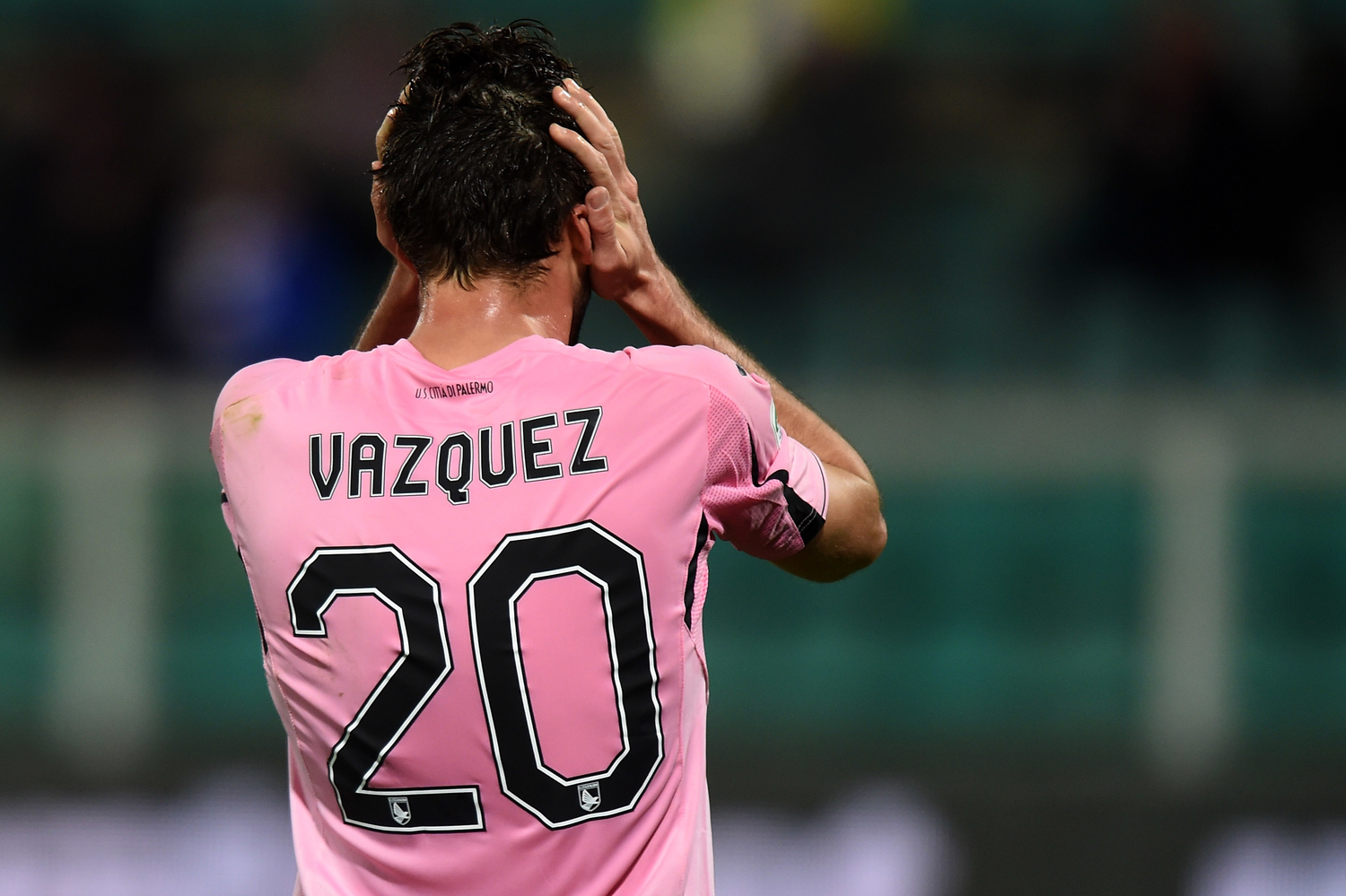 AC Milan have offered Palermo €18m and three players for Franco Vazquez, according to reports

“I don’t know where I’ll play next season but I’m certain it will not be here at Palermo”. These are the words of midfielder Franco Vazquez, courted by Milan and several clubs from the Premier League. President Maurizio Zamparini wants to sell the player by June 30 to be able to balance the books.

As calciomercato.com revealed in an interview with Palermo vice-president Guglielmo Miccichè, in-depth discussions have taken place between himself and Sporting Director Rino Foschi and the Rossoneri value Palermo’s man at €25 million. Mediagol.it has revealed that Milan have offered the Sicilian club €18 million plus the ownership of Rodrigo Ely and Jose Mauri plus Michael Agazzi, the goalkeeper who spent last season on-loan at Middlesbrough.