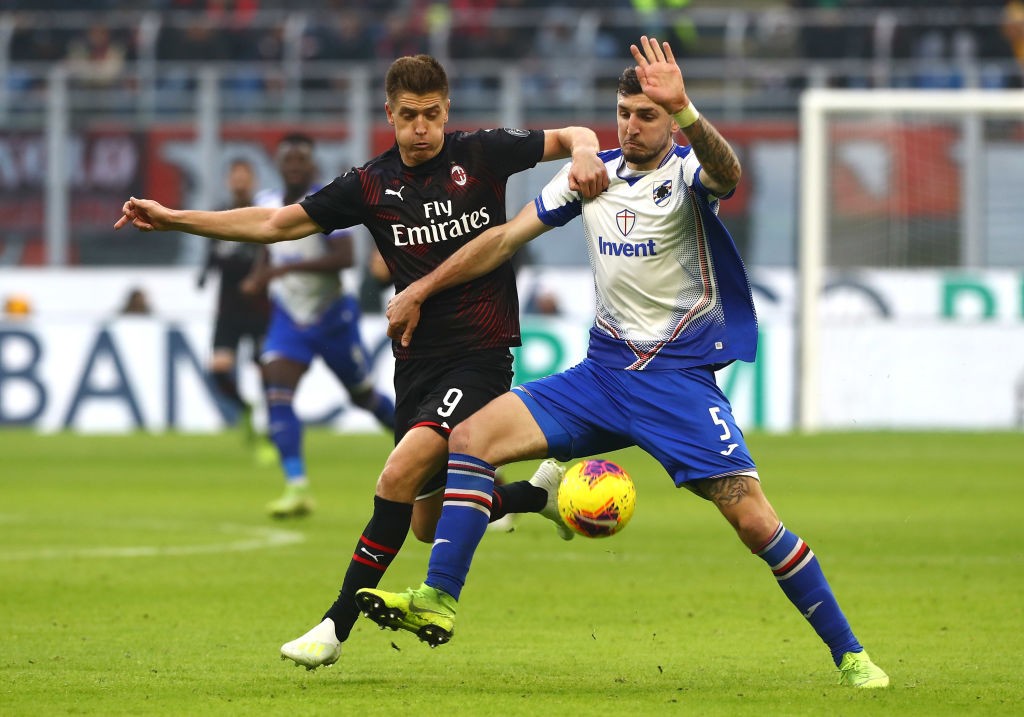 Premier League side Aston Villa have seemingly stepped up their pursuit of AC Milan striker Krzysztof Piatek by placing an offer, a report claims.

On Monday, MilanNews.it’s Anto Vitiello claimed that the fact that Piatek has scored only one goal from open play so far this season – coupled with the arrival of Zlatan Ibrahimovic – means the Poland international is moving towards a January exit.

He added that Piatek initially wanted to stay and compete for his place or play alongside Zlatan, but he is beginning to come round to the idea of moving on in order to relaunch his career, especially in view of this year’s European Championships.

Vitiello revealed interest from a number of clubs such as Bayer Leverkusen in Germany, Newcastle and Aston Villa in England, while Fiorentina has conducted surveys in Italy.

Calciomercato.it stated on Saturday Saturday that Piatek could become a target for Spurs as Jose Mourinho is considering buying cover for Harry Kane, who will be out for a while with a hamstring tear.

Now, La Gazzetta dello Sport journalist Nicolo Schira is reporting that Aston Villa have placed a €28million bid to try and sign the 24-year-old given the injury sustained by their own striker Wesley.

All confirmed! #AstonVilla are in talks for Krzysztof #Piątek. #Villans have offered €28M to #Milan and a contract until 2024 for him with a wages of €3M plus bonuses a year. #transfers #AVFC https://t.co/8H5jOT2vVH

The reliable Gianluca Di Marzio is reporting that Villa have indeed made a bid, but he believes it to be €30m – slightly more than Schira’s figure.

Meanwhile, journalist Carlo Pellegatti claimed on his YouTube channel on Monday if the Rossoneri were to let Piatek leave then they would look to bring in SPAL striker Andrea Petagna as the new back-up to Ibrahimovic.

Petagna left Milan in 2016 having been at the club for over six years but has since hit form for SPAL, scoring 22 goals since the start of the 2018-19 season. Fiorentina have also been linked.