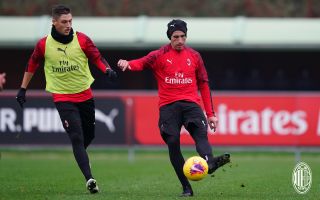 Reports: Biglia suffers tough injury in training; could be out for the season

As if AC Milan didn’t already lack depth in midfield, Lucas Biglia has sustained an injury during today’s training session at Milanello, having recently recovered from one. A tough blow for Stefano Pioli, certainly.

According to our reporter Vito Angele – as well as other outlets – the Argentine midfielder is suffering from a distortion trauma, which involves a ligament in his right knee. By the looks of it, he could be out for the rest of the season.

Since joining from Lazio in 2017, Biglia has cost the San Siro side around €40m between transfer fee and wages. Per Transfermarkt, Milan paid €20m and his salary is valued at €7m gross per year.

Rade Krunic was recently ruled out for at least a month with a foot injury, leaving only Ismael Bennacer and Franck Kessie for that role. This certainly won’t do it for the Rossoneri, who might have to start looking at free agents.

The leadership, however, believe that Hakan Calhanoglu and Lucas Paqueta can adapt to that role.